Aston Martin has always given its interiors the wow factor, but when you had to interact with it every day, the limitations of previous interfaces and occasional Ford and Volvo parts bin components took off a little of the sheen.

Things have changed since then, and for the DB11, Aston Martin has worked closely with Mercedes-Benz to supply its infotainment and electrical hardware systems. As such, underneath the sumptuous leather, you will find a familiar set of controls and Mercedes “Comand”-based systems. They’re still not the most sophisticated infotainment systems in the industry, but they’re a great deal better, and more intuitive than what came before. 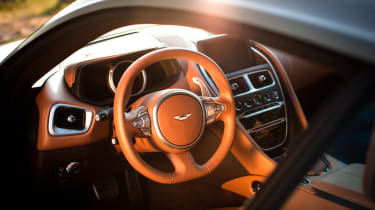 Design wise, the DB11 treads a fine line between retaining traditional British GT design elements and offering a contemporary performance car interior. Like the exterior, the inside is made or broken by its colour and trims, veering between sophisticated and garish depending on which option boxes have been ticked.

Like the DB9, the DB11 doesn’t pretend to be a full four-seater, instead insisting on a 2+2 layout, but there is a noticeable increase in space up front. 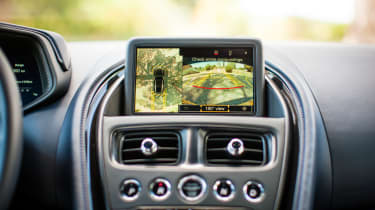