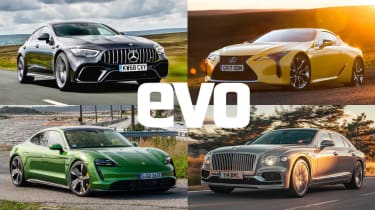 Blending pure driving thrills with a comfortable, continent-crushing demeanour is no small task; the two are almost diametrically opposed to one another. Yet that’s what we demand in a proper GT car, for it to be as relaxing as a limousine on the run to the Alps but for it be as sharp as a sport car as a soon as you hit your favourite mountain pass.

As impossible a task as that sounds there are at least ten cars on sale that pair those two attributes with aplomb. Our list of ten best GT cars sees all the usual suspects making an appearance; at least one model from Aston Martin, Ferrari and Bentley all make the cut. Yet some unconventional GT cars also make the grade, and we’ve included some cars that at face value you wouldn’t consider a grand tourer because, when you drive them, they exhibit all the qualities needed to thrill you when it’s twisty and calm you when the road is straight. 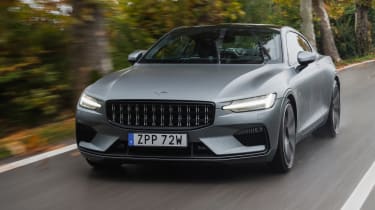 Being its very first model since it became a standalone manufacturer, the Polestar 1 aims to be a high-tech, high-end super GT to compete with models such as the Bentley Continental GT. Though it features Volvo design elements inside and out, the tech under the skin is not something you’ll find anywhere else.

Though the brand aspires to produce pure-electric models, it decided to opt for a hybrid powertrain to ensure it could fulfill its grand tourer requirements. Though EV range is seemingly increasing by the month, the combination of a 2-litre turbocharged and supercharged four-cylinder with a trio of electric motors was chosen to maximise useability.

A single 67bhp motor sits between the engine and gearbox on the front axle alongside the 305bhp combustion engine, while two 85kW electric motors can be found at the rear, producing a healthy 229bhp and 354lb ft of torque – these combine for an output of 601bhp and 738lb ft, enough for a 4.2sec 0-62mph time and 155mph top speed.

> Polestar 1 review - can it compete with pure combustion counterparts?

Under the skin is the same Scalable Product Architecture platform you’ll find in many Volvo products, albeit with the addition of carbonfibre crossmembers to increase rigidity by 60 per cent. Damping is good, and with the use of torque vectoring it hides its enormous 2350kg mass well.

Though occasionally jarring, its relative firmness does wonders for body control, and turn-in is positive too. We find that the Polestar 1 is most satisfying when driven a couple of notches back from maximum attack, with its quiet hybrid powertrain making it a fantastic grand tourer.