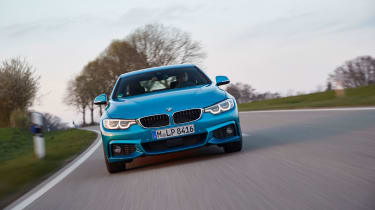 There’s a huge array of petrol and diesel engines for the 4 Series models, with turbocharging prevalent across the line-up – strange, for a company that spent so long championing normal aspiration, but a sign of the times. These are known as TwinPower Turbo technology engines, but the name refers to variable turbine geometry, or twin-scroll turbos, as only the more powerful iterations of the petrol and diesel motors actually have two turbochargers. 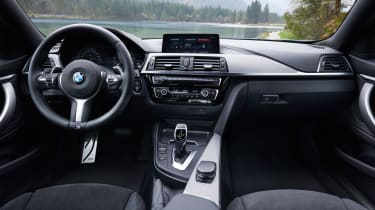 Most 4 Series models are powered by four-cylinder units, with only the 430d, 440i and 435d sporting the ‘traditional’ BMW straight-six. Even the 430i is a turbocharged four, although it does develop a decent 249bhp.

Gearbox choice consists of either a six-speed manual or alternatively an eight-speed automatic. The same transmission is also available in Sport form, which will add paddle shifters to the steering wheel.