The old adage about not buying a supercar if you’re worried about running costs doesn’t apply in full to the NSX, especially if you ignore its £144,815 list price (not that you’ll do that in a hurry). By utilizing its hybrid running gear effect both low speed all-electric running and as a useful start-stop system the Honda claims a not unreasonable 28.2mpg at the pumps – not bad for near 600bhp supercar weighing in at nearly 1800kg. That said, in everyday use you can expect low to mid-twenties, while giving the Honda its head will see superunleaded downed at the rate of a gallon every 15 miles or so.

Still, CO2 emissions of 228g/km mean it’s a not unreasonable expensive car for business users, while being a Honda it’ll be as dependable as a Southern Train services is unreliable. 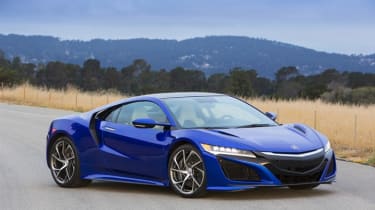