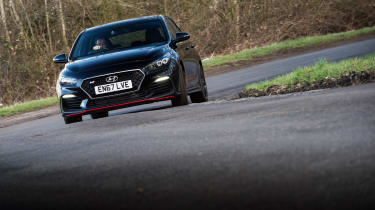 Front and rear bumpers, side sills and a spoiler with an integrated, triangular brake light mark the N out from regular i30s, as well as either 18- or 19-inch alloy wheels and red detailing. Hyundai also has its own signature colour for the N, called Performance Blue – a light shade that sounds a little odd until you see it in the metal. It really works, though the N looks great in understated black or traditional reds and whites, too. 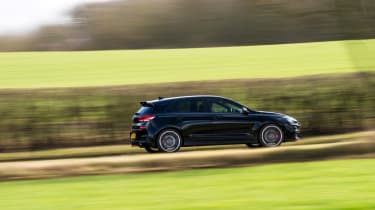 On the larger alloy wheels the Performance has to be our favourite, though, and looks particularly menacing in black. At the 2018 Paris motor show, Hyundai also announced a range of ‘N Option’ parts that give the i30 even more of a kick, including enormous 20-inch OZ alloy wheels, carbonfibre sill, bumper and spoiler extensions, and a large roster of interior parts.