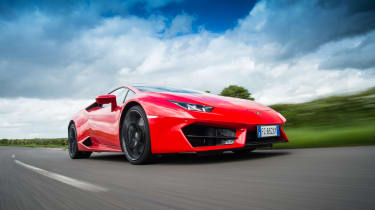 Lamborghini and low running costs have never been particularly good bedfellows, so like all its rivals, the Huracán is unlikely to appeal to the sort of people who wince at a £4 cup of coffee. Running costs are set to be steep due to the specialised nature of the vehicle, but the costly clutch replacements associated with the old single-clutch semi-automatic are now a thing of the past.

As for fuel consumption, well the LP 580-2 claims a combined average of 19.6mpg, with all-wheel drive models dropping to 17mpg. All models sit firmly in the top tax bracket, yet for those with the ability to drop at least £150,000 on a toy such as this, it’s unlikely to be a deal breaker. 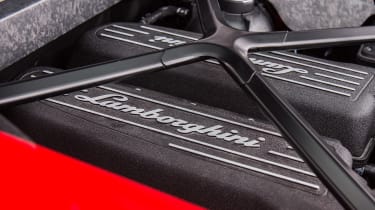 Even in context of its rivals, the Huracán is a thirsty supercar, with the Porsche 911 Turbo S able to hit up to 31mpg and McLaren’s 570S rated at 26.6mpg. True supercar rivals like the Ferrari 488 GTB also out-mpg the Lambo, rated at 25mpg on paper.

Depreciation won’t hit such high levels as the Porsche, but your Italian supercar will hold on to more of its value if its got a prancing horse on the nose rather than the raging bull.