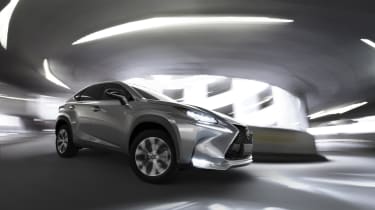 McPherson struts up front aren't anything exciting, but Lexus has fitted the NX with a double wishbone rear suspension design, which bodes well for its control. Unfortunately, that is rarely ever tested, as the NX dissuades its driver from pushing on. Where to start? The steering is completely devoid of any feedback from the front wheels and choosing Sport from the Drive Mode Select control only serves to artificially add weight. So you have to judge grip levels by guesswork, though an overly protective stability and traction control system soon cuts in to stop play anyway.

In the hybrid model the lacklustre driving experience is further exacerbated by the brakes. They're powerful enough, that's for sure, but the pedal seems to be only theoretically connected with the hydraulic system underneath. This is a result of the calibration of the energy recuperation, where the motor/generator slows the car and puts charge back into the battery whenever possible without bothering the traditional brakes. Brilliant for efficiency, but not for brake pedal feel, which is inconsistent to say the least. 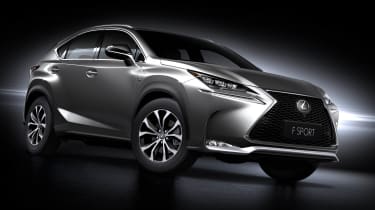 That's improved in the 200t model, but the suspension feels unresolved. It's only offered in F Sport specification, which has its own set of components for the chassis, yet, oddly, the damping seems too soft to have any firm control over unwanted body movement. Conversely, it's too rigid in town, arguably the NX's natural habitat - not helped by the low profile tyres that come as standard on F Sport versions.

The optional Adaptive Variable Suspension gives the driver more choices, but it's still not great. Other variants are better in that regard, but only on the motorway or smooth A-roads does it ever feel really settled and comfortable. That's a pity, as there's not much wind noise and the engine is quiet if it's not being asked for acceleration. And in town and at slow speeds it has the uniquely calming ability to run on electric power alone. Shame the ride isn't more cosseting, as it would give the NX another benefit over its thrusting German and British rivals.