The lack of a diesel harms ultimate economy. The petrols do get close to their official figures, though 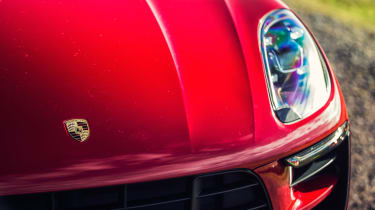 With a diesel engine no longer offered in the Macan range, it falls to the 2-litre four-cylinder model to offer the highest economy figures. ‘High’ is a relative term, as while up to 28.2mpg isn’t bad for such a heavy vehicle, nor is it impressive outright these days, and the corresponding 185g/km of CO2 means a fairly punchy first-year VED bill is included in the on-the-road price.

The numbers steadily diminish from there, with the Macan S achieving up to 25.7mpg combined and 204g/km, the Macan GTS 25mpg and 218g/km of CO2, and the Turbo topping (or bottoming) the list at 24.8mpg and 224g/km. On the plus side, real-world figures do seem close to these official WLTP estimates, with numbers in the mid-20s to low 30s achievable in mixed driving.

But where the old Macan S Diesel had an NEDC combined figure of nearly 45mpg, around 7mpg better than the 2-litre’s old NEDC figure, Macan buyers searching for better economy will be left wanting. That should improve with the next-generation Macan though, which is expected to sit on the Porsche Taycan’s platform, thereby offering an electric variant.