GTS and Turbo are well capable of outsprinting hot hatchbacks, but no Macan could be called slow 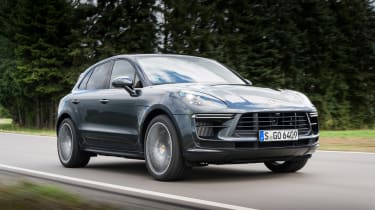 There are four Macan derivatives available and even the least of those, the turbocharged 2-litre, can be considered fairly brisk: at its slowest, the Macan is still a car capable of reaching 62mph in 6.7sec and going on to 139mph given a suitable stretch of autobahn.

The petrol Macan S is faster still, dispatching the 0-62mph sprint in 5.3sec and hitting 157mph flat out. But it’s the Turbo model that is by far the most impressive: a 4.3sec 0-62mph time with the Sport Chrono package is coupled with an equally as impressive 0-100mph time of 10.5sec, and a 167mph top speed – just a few decades ago you needed a 911 to reach such velocities.

Less impressive on paper, the driver-orientated Macan GTS is nevertheless still quick, its turbocharged V6 delivering a 0-62mph time of 4.7sec with Sport Chrono (enough to see off all but the quickest hot hatchbacks, despite a 1910kg kerb weight) and a 162mph top speed. There's a sporty rasp to the exhaust too, which makes exploiting the GTS's performance quite satisfying, even if there isn't the outright punch of the Turbo-badged model. 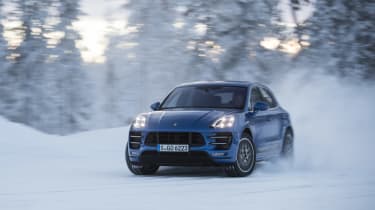 The Turbo is positively ballistic, though with the recent change to the 2.9-litre unit and muffled by petrol particulate filters, the engine no longer sounds quite as inspiring as it once did. As previously referenced, the Macan’s autobahn gearing means you really need to stick to Sport or Sport+ modes, keep it in the lowest few gears, and select ratios yourself for it to feel truly brisk – a conventional hot hatchback such as a VW Golf R will feel quicker with less effort.

When you're not trying to reach mile-a-minute speeds though, all of the Macan power plants are suitably cultured and blessed with smooth, consistent responses. For a car capable of worrying Boxsters and Caymans (or those aforementioned hot hatches), the way the Macan can also fade into the background as a quiet and refined cruiser is both welcome and impressive.