With a comfortable real-world range of 250 miles on a full charge, the Model S is more than able to cover most there-and-back commutes. But scattered around the country are a Tesla ‘Superchargers’, places where you can go to quickly recharge the car’s batteries.

These Supercharger points liberate Teslas from restrictive journeys from home to work and back, or the need to wait for hours while recharging, something that blights many fully electric cars. Admittedly they aren’t as quick as filling a car with fuel, but in the time it takes to have some lunch or a break on a long road trip, it can add a significant amount to a Tesla’s range. They’re free for existing Model S owners who purchased their cars before 2017, but those purchased after that date have to pay to use them.

The farthest-reaching Model S version is the Long Range, which manages to go 375 miles on a single charge according to Tesla’s rather vague WLTP estimate figure. An official WLTP figure will have to have been obtained by September 2019. The Standard range model has a range of 280 miles, again under Tesla’s WLTP estimate figure. Expect around 200 miles in the real world provided you don’t use all the performance. 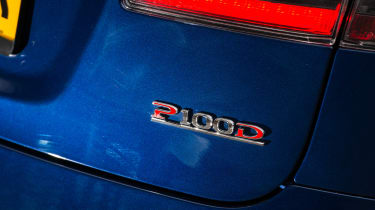 Environmentally speaking, the Model S is classed as a zero-emissions vehicle, but as most of the UK’s domestic electricity is generated by fossil fuel-burning power stations (as of 2014, about 30 per cent gas and 29 per cent coal), every mile you drive still has a CO2 consequence. Estimates suggest a figure of around 85g/km, though unlike conventional vehicles the Model S could get cleaner over its lifetime, as power generation moves towards renewable sources.

In theory, the Model S may need less maintenance than conventionally-fulled rivals, free of fluid and filter changes, spark plugs, exhaust systems and other eventual consumable items – and thanks to strong regenerative braking it should go easier on its friction brakes too.

On the flip side, there’s the spectre of battery replacement at some point down the line, though it may well be a decade or more into the future before such issues really present a problem. Environmentally, such concerns are relatively low, since batteries are commonly recycled or reused – Tesla’s own Powerwall storage system illustrates a potential use for out-of-service Model S battery packs.