2017 Volkswagen Golf GTD review – is it still a proper hot hatch even though it's a diesel? - Design 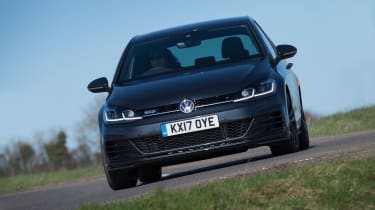 Volkswagen has been clever in dressing its Golf GTD model in much the same clothes as the petrol-powered GTI, though there are a few key differences for the seasoned enthusiast to spot. For one, the red grille and headlight stripe of the GTI models makes way for a chromed piece of trim, while at the back there's a pair of chromed tailpipes on one side, rather than the two, single pipes of the GTI.

The 2017 model gets new front and rear LED lights, slightly tweaked lower bumpers and more pronounced vents around the front fog lights. The tweaks are minor and the GTD, like the rest of the Mk7.5 Golf range, remains taut and athletic. 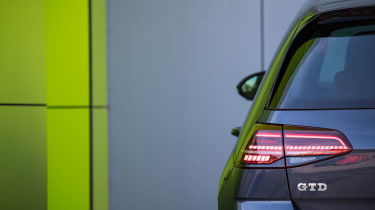