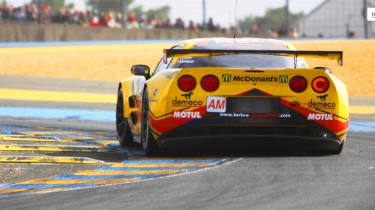 Fresh from a class win in the GTE-Pro category at Le Mans 2011, the Corvette Racing has team decided to show everyone why it was so successful, producing a video of the perfect Circuit de la Sarthe lap. British racer Oliver Gavin talks through his lap, effortlessly explaining his route around the circuit. The sister car to the one in the video, Corvette number 73, took class victory for Chevrolet on the tenth anniversary of the team’s first victory in 2001. During the final six hours of the race, the team managed to overturn its one lap deficit to the leading number 51 Ferrari 458 Italia. The combined efforts of drivers Olivier Beretta, Tommy Milner and Antonio Garcia allowed the Corvette to overtake with just over two hours of the race left to run, and remain in front for the rest of the race. It was the seventh class win at Le Mans for Chevrolet, fittingly during the company’s 100th anniversary year. 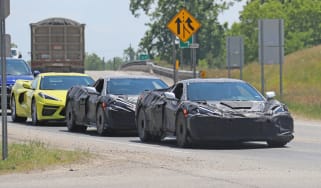 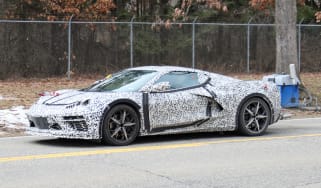