Citroen has announced that rising rally star Kris Meeke will compete at the wheel of the new DS3 WRC car next year. Details here 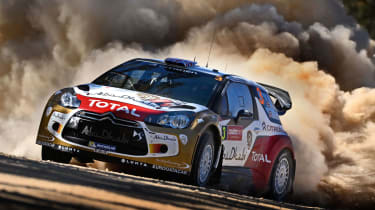 The Citroen WRC team has been a force to be reckoned with in international rallying since a young Sebastien Loeb first took to the tarmac stages of the Monte Carlo Rally, driving a Xsara in 2003. In the hope of reclaiming the Championship next year, after missing out to Volkswagen in 2013, the team has recruited two new full time drivers.

This represents the first time a British pairing has been signed to a major team since the days of Colin McRae and Richard Burns. Citroen has also announced that Mads Ostberg and co-driver Jonas Andersson will take to the sister car.

The 26-year-old Norwegian driver comes from a strong rallying background, having already taken part in 65 WRC events, taking his first win in the 2012 Portugal rally. Full details and plans will be announced next week.