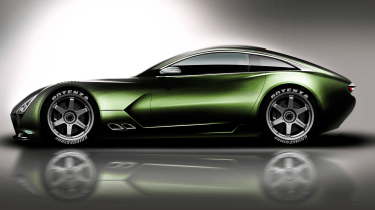 TVR has announced that it will build a factory in South Wales. The new TVR factory will be on the Ebbw Vale Enterprise Zone, right next to the site where the Circuit of Wales will be built.

Aston Martin recently announced that it will also have a site in South Wales where its new DBX cross-over will be built. As the only foray into the world of sport scar manufacturing South Wales has ever had was the Gilbern Invader, this is going to be huge departure for the area.

TVR will also receive a healthy invest from the Welsh Government. £30 million of capital will go to TVR over next five years. It seems odd that the Welsh Government might want to invest in a low volume sports car manufacturer. However, securing TVR’s new plant on their soil will create a significant amount of skilled jobs in the area and also making South Wales a tempting location for any other companies in the automotive and motorsport field. 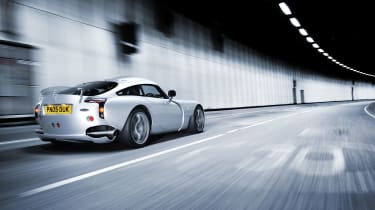 The First Minister of Wales, Carwyn Jones said: ‘Today’s news […] sends out a strong, clear message that Wales is the location of choice for advanced manufacturing. It also illustrates that our pro-business approach is delivering results, attracting significant investment and creating high quality jobs and it is another huge boost for Wales, for our automotive sector and for our skilled workforce.’

TVR aren’t solely relying on the Welsh Government, though. It’s also secured over 350 deposits for its new car thanks to the promise that it will be powered by a Cosworth tuned V8 and that Gordon Murray will have played a part in the chassis development.

TVR has said its new car will maintain the DNA of its old models like the Tuscan, Griffith and Sagaris. We’d expect to the new V8 sports car to have a wild interior, a raucous noise, have slightly more power than traction but also be beautifully balanced.

The new TVR is going to have to be good as it will be entering a hugely competitive market. Jaguar already produce a sports car in the TVR mould with the F-Type and Mercedes have its own front engine rear-wheel drive V8 powered AMG GT, both will be tough competition. Despite it’s new turbocharged flat-six the 911 is still the one to beat. And, a new TVR will also have to compete with whatever Aston Martin replaces its old, but loveable, V8 Vantage with.

For me, the key thing about a new TVR is that it has to be appealingly mechanically simple and it has to be affordable. The designs of the old cars always grabbed your attention, but there was also a refreshing honesty about what was underneath the skin. They were also financially within reach for more people than a comparable (in performance terms) 911 or Ferrari.

In many ways TVR once was and now needs to be Britain’s answer to American Muscle cars. We love the essential idea of things like the GT350 and Z06 but generally we want them to fit on our roads, have the steering wheel on the right-hand side and be as affordable over here as they are to Americans in the States. It seems very simple really, there’s no need for carbon tubs, double clutch gearboxes or electronically controlled diffs. Enthusiasts want cars that make a great noise and are mechanically pure – the 911 R shows that. If TVR can go some way to fulfilling that brief (with a dash of its famous design flare) and if Wales can provide some build quality, then I think it will be onto a winner. Henry Catchpole