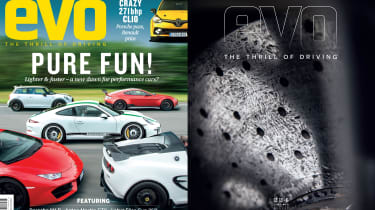 ‘Almost nothing,’ might be the obvious answer, and there’s some truth to that. The power discrepancy is frankly frightening and one Porsche will buy you almost three cars from Hethel. In fact, it’s fair to say someone buying a 911 R (good luck with that, by the way) would never opt for an Elise Cup 250 instead. 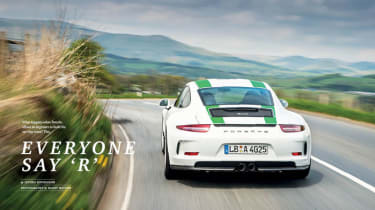 That person might well buy both, though. And that’s why the correct response to the question is ‘everything’. The two machines take the concept of a ‘drivers’ car’ and extrapolate it to awe-inspiring effect, albeit in their own unique ways, and it’s that attitude that this month’s evo magazine focuses on. 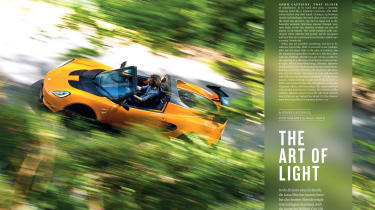 In this month’s edition of the magazine, evo 224, we’ve taken three other cars of a similar nature to the Porsche and the Lotus – the Lamborghini Huracán LP580-2, the Le Mans-inspired Aston Martin Vantage GT8 and the new Mini Challenge (which evo helped develop) – to the limit to find out whether we’re on the brink of a new dawn of lighter, faster, more rewarding sports cars. 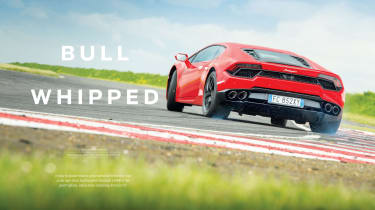 We’ve also driven the new McLaren 570GT to see whether Woking’s claim to have built a proper supercar that’s also capable of nailing grand touring duties has any truth to it, and there’s a verdict on the most hardcore Jaguar F-type yet – the 567bhp SVR. 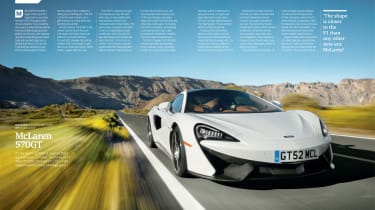 Also driven this month are the heavily revised MY2017 Nissan GT-R, Porsche’s turbocharged 718 Boxster, the Audi RS6 Performance (yep, now with even more power), Aston’s latest V12 Vantage S, which comes with a manual gearbox, and Dream Automotive’s monstrous interpretation of the Civic Type R. Did anyone actually think the Honda needed any more power? 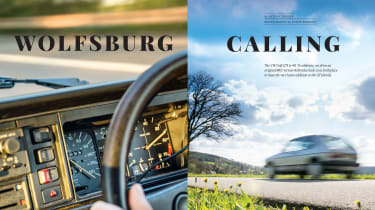 There’s even something for those craving a little nostalgia, as we driven to Wolfsburg in an immaculate Volkswagen Mk1 Golf GTI and finally pay homage to the beastly homologation special that was Mercedes 190E 2.5-16 Evolution II – specifically its DTM-inspired bodykit.

evo 224 is on sale in all good newsagents from today. Don’t miss out on the stories that you won’t find on evo.co.uk