Save the only flying Vulcan! 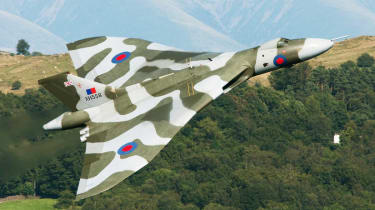 ‘If there is any doubt, she will follow Concorde into permanent retirement or be sold to a collector almost certainly abroad,’ warns trust CEO Dr Robert Pleming.

The Vulcan is one of the UK’s most popular heritage attractions and an increasingly engaging part of technology and history education, according to Pleming. Despite this, it receives no Government funding. ‘We have a great business plan for 2011 that will substantially improve our commercial funding,’ says Pleming. ‘But the stark reality is that we look unlikely to survive beyond October.’

The Vulcan first flew in 1952, taking over from the Avro Lancaster. It was the first successful large delta wing aircraft and despite being a bomber, boasted an agility so close to a jet fighter’s it gained a similar control column.

It spent much of its career as a Cold War peacekeeper before entering conflict during Falklands in 1982. After a marathon 8,000 mile flight supported by eleven Victor tankers, Squadron Leader Martin Withers and his crew released the bombs over Port Stanley Airport that prevented Argentina operating its Mirage III fighters from the island and initiated the campaign that recaptured the Falklands. Two years later, the last Vulcans were withdrawn from service.