At the UK launch of the 1-series convertible BMW revealed some facts likely to make all its employees feel very smug... 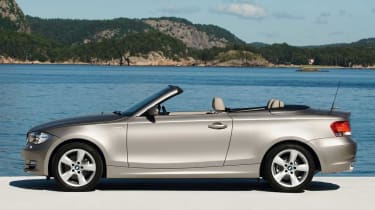 Great environmental things are expected of BMW's Efficient Dynamics systems now fitted in one form or another to practically all its cars, which include stop-start systems and regenerative braking. During 2008, Efficient Dynamics will be on 700,000 cars sold in Europe. Between them they will save 35 million gallons of fuel and 373,000 tonnes of carbon dioxide, 54,000 of them in the UK. The fuel saved will equate to enough electrical energy to power a city the size Geneva for a year. Makes you think.