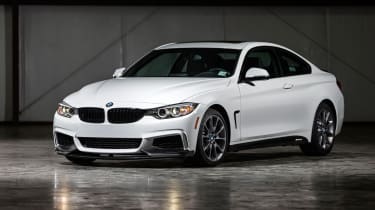 BMW North America announced it’ll be selling a more focused version of its 435i coupe, with sharper handling and more power making it the quickest 4 Series this side of the M4. Called the 435i ZHP, the new car will be limited to just 100 units.

The 435i’s turbocharged 3-litre engine has received the BMW M Performance engine kit, comprised of an M Performance air intake system and an ECU remap. This, combined with a new stainless-steel M Performance exhaust – which saves 4kg of weight and reduces backpressure – allows the straight-six engine to produce 335bhp and 332lb ft of  torque, up from 302bhp and 295lb ft in the standard car. Power is sent through either an eight-speed automatic or a six-speed manual gearbox. 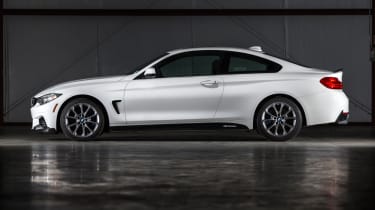 Thanks to the power hike, BMW claims that the 435i ZHP can accelerate from 0-60mph in 4.9sec, two tenths faster than the standard car, while the 50-75mph sprint is a significant 0.5sec faster. 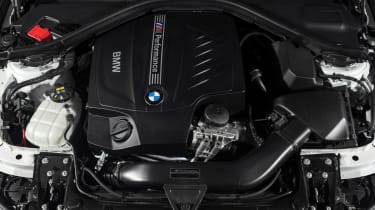 The 435i ZHP also gains a new mechanical limited slip differential that features three clutch plates, enabling 30 per cent lockup on acceleration and nine per cent on deceleration. The car’s DSC has been tuned specifically to work with the diff, with BMW promising it’ll mix better traction with sportier dynamics. 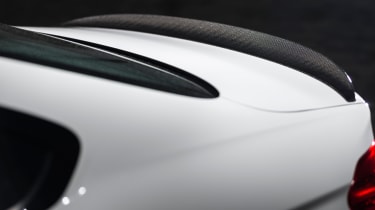 Unfortunately for us Brits, the 435i ZHP won’t make it to UK shores, instead selling exclusively in the US. BMW confirms that most of the parts fitted to the limited production BMW are available in the M Performance parts catalogue, however. Prices for the US ZHP are to be announced closer to production, which commences in July.

Enthusiasts may remember that the ZHP nametag was also used on the 2003 BMW 3 Series, where similar performance modifications saw the E46 produce 235bhp. ZHP was originally the car’s internal option package code, but was soon adopted as its official name.