Mercedes-Benz set free to concentrate on its own products; hedge fund-owned Chrysler left to fight for new sales 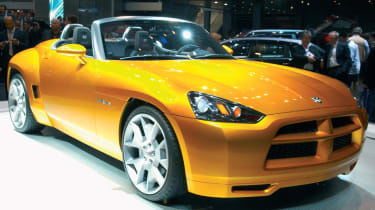 One of the most clumsily named and turbulent ‘marriages’ in the auto industry’s history is ending on the scrapheap, with sighs of relief all round.

The divorce between Daimler and Chrysler represents a final dumping of the legacy of Jürgen Schrempp, Daimler’s bombastic former chairman who, through the unfathomable ‘merger’ (it was in fact a takeover) with Chrysler nine years ago, managed to turn Mercedes-Benz from a German manufacturer lacking direction into an international group going round in circles.

Gleeful German shareholders believe Daimler and its iconic car brand will now be free to concentrate much more intensively on what it does best – designing and making world-class luxury saloons and sports cars – without having the distraction of its humbler, hapless, heavily loss-making US partner.

For its part, Chrysler finds itself being driven into territory never before encountered by any major car maker: ownership by that now widely heard of but still little- understood animal, a hedge fund. And a more inappropriately named one would be hard to find: Cerberus. As in dog. More precisely, as in dog from hell.

Cerberus is paying $7.5bn for an 80 per cent stake in a new Chrysler holding company, with Daimler keeping a toehold in the business by taking up the other 20 per cent.

So what happens next? As that great US dinosaur, the United Auto Workers union, is shortly to find out, Cerberus bites. Hedge funds are private equity groups of elite shareholders, answerable to virtually no-one but themselves. No quarterly accounting to Joe-in-the-Street Shareholder; no federal watchdogs looking closely over their shoulders. Cerberus, in the form of chairman and ex-US Treasury Secretary John Snow, is about to sink its teeth into Chrysler and shake it by the scruff of the neck. Jobs by the thousand will certainly go, but Snow knows perfectly well that this is merely tackling symptoms, not effecting a cure.

Those close to the deal say there will be a big new design push to get Chrysler out of its rut of mediocre mainstream car design and heavy discounts. Its heavy exposure in the SUV and large people-carrier markets, with which America is rapidly falling out of love, is set to be reduced. Not least, Snow intends to seek worldwide sales much more energetically, knowing full well that Chrysler will need iconic, exciting and internationally acceptable cars to achieve this. To promote that end, the Viper SRT10 will move more prominently to centre-stage and the Dodge Demon two-seater shown at Geneva will be deployed as a Mazda MX-5 rival worldwide.

Chrysler, in short, is in for an exciting ride. Bob Lutz, the former Chrysler chairman now at General Motors and the ‘father’ of the Viper, would wholly approve.