Built to take on, and beat, Ferrari in endurance racing, the GT40 is one of the greatest ever Fords 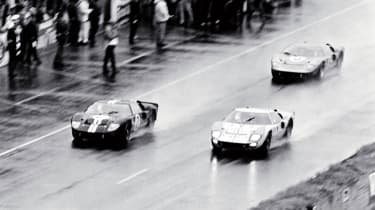 In the cold light of day Ford’s decision to compete in, and crucially, win the Le Mans 24 Hours was a completely bonkers idea. The company had been devoid of any official motorsport competition for over five years thanks to the American Automobile Association’s ban on factory participation in motor racing, yet it felt confident enough to take on the cream of the European manufacturers in their own backyard.

Ferrari was the dominant force at Le Mans, winning it six years on the bounce between 1960 and 1965, and initially it looked like the easiest route for Ford to win at La Sarthe would have been for Ford to buy Ferrari and pop a blue oval on one of its racers. It nearly came to fruition before Enzo Ferrari famously pulled out of the deal at the eleventh hour. This so incensed Henry Ford II that he decided to beat Ferrari at its own game. Thus, a separate Ford Advanced Vehicles (FAV) division was set up and the Ford GT40 was born.

In a typical fairy tale the story would be that Ford immediately went out and blew the doors off the contemporary Ferraris, but success wasn’t immediate. GT40s straight out of the box proved to be fast but fragile, and at its first Le Mans in 1964 all three cars retired – one with afire, the other two with gearbox failures. While Ferrari completed a clean sweep of the podium there were some positive signs for Ford – Phil Hill set a lap record and a GT40 did lead for the first hour or so.

Much work was done on the GT40 for the 1965 season (see in detail, below) but it wasn’t enough. Despite running one-two in the early stages the six Fords had all retired by the sixth hour, leaving Ferrari to once again lock out the podium.

It was Ford’s turn in 1966 though, with Henry Ford II finally getting the Le Mans victory he had craved so badly. GT40s came home in first, second and third and won again in 1967, 1968 and 1969, comprehensively ending Ferrari’s dominance of the event. 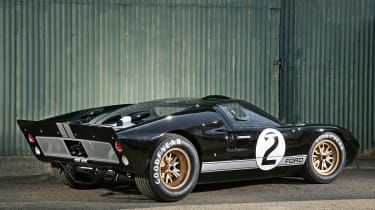 Work on Ford’s Le Mans challenger began in the latter part of 1963 at FAV’s new headquarters in Slough. The high-performance team included Ford’s Roy Lunn, along with Carroll Shelby, John Wyer (who had won Le Mans with Shelby driving for Aston Martin) as the race manager, and most importantly Eric Broadley, whose Lola GT was considered groundbreaking. As part of the deal Broadley brought along two of his Lola Mk6s, a mid-engined race car with a Ford V8 that had already shown great promise on track.

The chassis was stiffened and the 4.2-litre Ford Fairlane engine was upgraded to the lighter, 350bhp ‘Indianapolis’ version from the Lotus 29. Test sessions, mostly with Bruce McLaren at the wheel, would see the suspension (double wishbones at the front, transverse links and radius arms at the rear) fine-tuned, while wind tunnel tests of a 3/8th scale model would result in the glassfibre body being modified for improved aerodynamics – up to 125mph, anyway, that being the highest relative speed the wind tunnel could replicate...

After receiving its public debut at the New York motor show in April 1964 the GT40 (retrospectively known as the Mk1) was taken to Le Mans for trials, and with Jo Schlesser at the wheel the limitations of the wind tunnel testing were demonstrated with a huge accident at 150mph on the Mulsanne straight. The rear end went light at speed, which lead to a rear spoiler being hastily designed for the Le Mans main event. 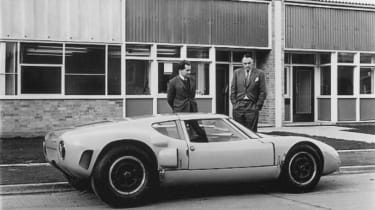 With the Mk1 proving to be fast but fragile at Le Mans in 1964, further disappointments, culminating in a disastrous showing in Nassau in December, left the programme in shambles, and the decision was made in Dearborn, Michigan, to move the work back to the US, with Carroll Shelby given operational control and Roy Lunn engineering control.

With Shelby now in charge of the racing programme, and the tried and tested 380bhp 4.7-litre Ford V8 from the Shelby American Cobras providing the power, the GT40 would take its firstrace win at the Daytona 2000km in February 1965. Along with the additional power, further changes included lighter glassfibre replacing heavier aluminium and steel, and wider magnesium wheels replaced the wire spoke version, along with a hundred other modifications, mainly centred around revised aerodynamics.

While this 4.7-litre GT40 experienced some success, the 1965 Le Mans 24 Hours was an unmitigated disaster for Ford. At the pre-trials for the event the Ferraris were significantly quicker than the Fords, but instead of finding some more speed from the V8 the team set about preparing two cars – known as the GT40X – with the 7-litre 427 cubic inch V8 that Ford had been developing. It proved to be hugely fast, but a lack of development affected both versions of the GT40 at Le Mans and saw all the Fords retire by just one quarter of the race distance.

Undaunted, the team continued developing the GT40 and by mid-September 1965 they had made enough changes to the body, suspension, fuel system and brakes that the new model, now designated the MkII, was ready for testing in the Dearborn wind tunnel.  One of the changes was to use heavier-gauge metal, which increased weight and stress on the brakes. The team finally felt that they had a winning car, with the brakes and gearbox the biggest concerns. Interestingly, the MkIIs only used four-speed manual transmissions, as the 7-litre engine put out so much torque that a five-speed gearbox was considered unnecessary.

Eight factory cars were entered at Le Mans for 1966 and, bar a slight snafu when Ford tried to engineer a dead heat joint win for its two leading cars, it was a huge success. The victory was a culmination of three years of engineering, design and research to develop a winning carand winning team.

But it didn’t stop there – a MkIII fitted with the 4.7-litre V8 was built as a short-lived road car (just seven were made), but to continue the GT40’s success an all-new MkIV was built forthe assault on the 1967 Le Mans. Ford wanted more control over the project and it was brought in-house with the new car designed by Ford and produced by the Ford subsidiary, Kar Kraft. The engine and gearbox was retained but it sported a more streamlined body and a completely new chassis with improved crash protection. Only six were built and the MkIV only took part in two races, the 1967 12 Hours of Sebring and Le Mans in the same year. It won both.

The 7-litre V8 was effectively banned for 1968 as the Le Mans race organiser, the ACO, was keen to reduce speeds, but that didn’t stop thoroughly revised MkI GT40s equipped with the smaller, 4.7-litre V8 taking overall honours at Le Mans in 1968 and 1969. From drawing board in 1963 to four Le Mans wins in just six years ensures the GT40 is one of the most revered endurance racers of all time. It might have taken Henry Ford II longer than he wanted, but it was quite an achievement. 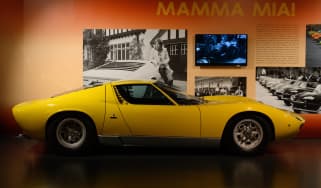 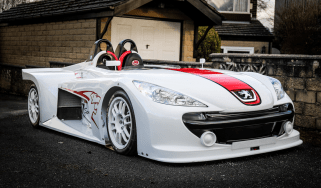