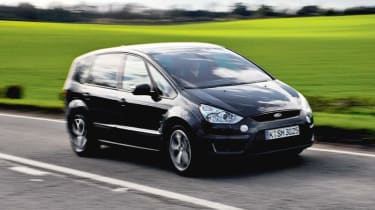 Aside from inadvertently starting to dress like your old geography teacher, one of the big worries of becoming a parent is that you might have to buy an MPV. And there's nothing like an MPV for giving the impression that your genitals may be in full working order but your joy for life - and indeed driving - has long since left town. Vauxhall did their best to inject some sex into this dour class of car with the original Zafira GSi, but it still looked, and occasionally drove, like a van in a bodykit. Now Ford is having a proper go at glamming up the MPV with a new standalone model called the S-Max. It's based on the new Galaxy, but whilst that car remains minibus-ish and tall, Ford has created its sleeker sister by lopping almost three inches out of the roof-line, shaving a smidge from the overall length and re-clothing the entire body so that only the headlamps, bonnet and lower doors are shared. The other significant difference is that whilst both offer a bog-standard range of petrol and diesel engines, only the S-Max has the option of the turbocharged 2.5-litre five-cylinder unit from the Focus ST. You even get the same mildly funky wheels as on the ST which, along with the fake vents in the front wings, give the S-Max a bit of attitude. Not sure about those foglights in the front bumper though, unless part of the styling brief was 'NB: car must resemble catfish'. So, chopped roof, meaty wheels, 217bhp turbo power. All moderately intriguing, and your interest may be piqued some more when you look inside and notice the saucily dished steering wheel and Alfa-ish gearlever sprouting at an angle from the dash. You will also note that it has a proper driving position instead of the usual awful MPV sense of perching on top of everything, working the pedals like Richard Clayderman. This is good. And so is the noise upon starting the pentapot engine, introducing a faint but pleasant backbeat like in a Volvo, which is unsurprising because that's where this unit originally came from. That's not the only thing with Swedish blood, because the entire platform, generically codenamed EUCD, was developed in Gothenburg for use across the whole Ford group, and it's from this same box of bits that the next Mondeo, as well as a whole swathe of Volvos, will be created. With that in mind, it had better be good, and in S-Max tune the signs are promising. It's got that very Ford-esque responsiveness, which cuts all the fat out of its reactions without it feeling nervous, meaning you can chuck it into corners confident that the front-end grip isn't going to evaporate just before that telegraph pole. Of course, if you're expecting a sort of big, fish-faced Focus ST you'll be disappointed. It's certainly not as fast as an ST, not with all that extra body to drag around, and it needs running towards the red line to enjoy any really handy acceleration. As MPVs go, though, this is one you'd actually enjoy chucking around. Except, of course, your kids would be sick. But then why do you have to have kids to buy a car like this? If MPVs truly were Multi Purpose Vehicles they'd be for anyone who wanted a versatile car, not just people who've spawned a sprog or three. And this is where the S-Max disappoints. Having made a car that looks, goes and steers better than any MPV to date, Ford could have sealed the deal with properly clever interior design, making the S-Max something genuinely fresh. Instead, they've defaulted to the usual dismal roster of flat upholstery and crappy foldaway tables in the seat backs. It's practical, certainly, what with bags of space in the back and a large, low-silled boot that hides two extra seats in its floor. But the whole thing still carries the whiff of school runs and baby sick. Ford did show off an S-Max with seats trimmed in spectacularly funky '70s-style black and orange leather, but at the moment it's still thinking about whether or not to offer them as an option. In the meantime, the idea of the truly cool and useful MPV hasn't quite been realised. But at least in the S-Max the fundamentals are there at last. 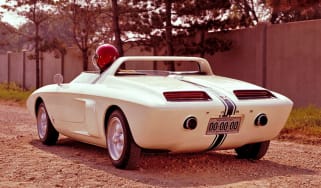 Ford Mustang pictures: through the ages

The Ford Mustang launches officially in Europe soon. Here are the highlights from its 50-plus years so far
Visit/ford/s-max/6804/ford-s-max-scti-road-test 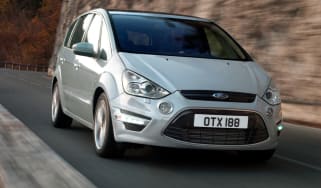 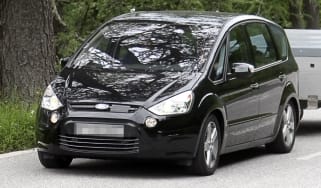