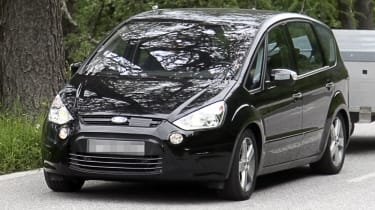 Seen here undergoing tests in the Swiss mountains is the restyed Ford S-Max, likely to see the light of day at the Frankfurt Motor Show in September this year. While the interior is reported to remain unchanged, modifications at front and rear are quite radical, especially at the taillights which will be re-shaped and equipped with LEDs. But also the front will be worked on as Ford is to modify the bumper and grille. We reckon that engines will be left untouched.