Ford Mustang pictures: through the ages

The Ford Mustang launches officially in Europe soon. Here are the highlights from its 50-plus years so far 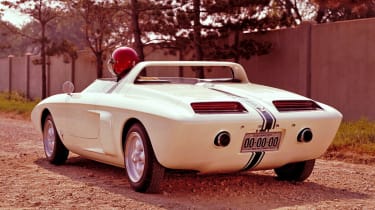 The new Ford Mustang is nearly here. The first all-new model in ten years, it also marks the start of official European sales, which will commence from the kick off of the 2014 Champions League final on May 24.

In the lead up to the occasion, we’ve taken a look at some of the highlights from the Mustang’s now 52-year life (including the wacky concept that preceded the muscle car’s life, something we couldn’t resist doing).

As well as the more iconic movie and tuner cars, we’ve also highlighted a couple of Mustang concepts from over the years. There have been numerous prototypes but we’ve selected one of the most beautiful as well as undoubtedly the quirkiest.