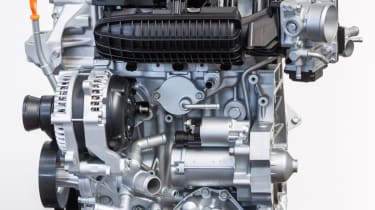 It seems the naturally aspirated VTEC engine’s days are well and truly numbered as Honda has announced that an all-new turbocharged line-up will debut in the next-generation Civic. The Mk10 model will flaunt reduced CO2 output and increased bhp per litre as new 1.5- and 1-litre turbo units replace the current car's (pictured) atmospheric 1.4- and 1.8-litre engines.

Both of these new 'Earth Dreams' engines will be boosted by a low inertia turbocharger that Honda claims will keep throttle response sharp, and a wider window of usable torque will come thanks to the use of Honda’s latest direct injection technology. 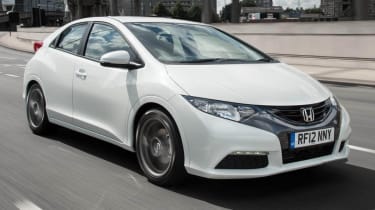 Little else has been revealed about these new engines, but the current Civic Type R – which debuted the first ever turbocharged VTEC engine – provides us with a glimpse of what’s to come.

That car’s 2-litre turbo VTEC engine produces 306bhp and 295lb ft of torque, but more relevant are a claimed combined mpg of 38.7 and CO2 output of 170g/km. These numbers represent a substantial improvement over the previous naturally aspirated Type R engine – it produced 215g/km of CO2 and could only manage a claimed 31mpg. We can expect similar improvements in the next-gen standard car. 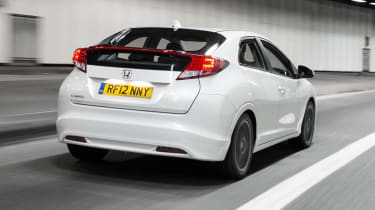 While this might not excite those of us more concerned with sharp throttle-response and driveability, the developments do reflect wider market trends for downsizing.

The next-generation Civic will arrive in early 2017 after debuting at next year’s Frankfurt motor show in September. It comes with confirmation that close to £195 million is being invested in Honda UK’s manufacturing plant in Swindon, where all five-door Civics will be produced.