Jethro Bovingdon takes to the roads around Koenigsegg’s production facility in the most powerful road car evo has ever tested – the one metric horsepower to one kilogram One:1. Christian von Koenigsegg calls it the world’s first ‘megacar’. Jethro calls it effing fast. Thankfully, its talents run deeper than speed alone.

Mercedes-Benz is taking a direct shot at the Porsche 911 and Jaguar F-type with its latest sports car, the Mercedes-AMG GT. Can Merc compete with Porsche’s engineering and the Jag’s feel-good factor?

Does Lexus’s 471bhp, V8-engined rival for the BMW M4 match the German car’s thrills on the road, or is the extra quarter of a ton weight penalty it carries a little too much to bear? Jethro Bovingdon decides.

Dan Prosser straps timing gear to two of the hottest modern sports coupes to see whether reality matches the claims.

Morgan celebrates its 100th year with a ’screenless Plus 8. Henry Catchpole gets flies in his beard.

Step one: find a runway. Step two: gather some of the world’s fastest cars on that runway. Step three: see how fast said cars will get from one end to the other.

Catchpole finally gets his pristine white Mk2 Escort dirty. Does he enjoy it? Has his rallying obsession died forever? Do you really need to ask? 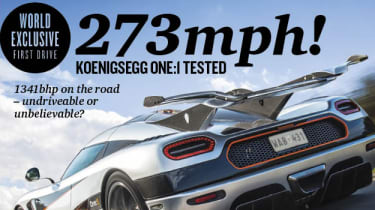 Meaden laments the silence of Formula E and rejoices in the roaring Revival. Porter most definitely isn’t rejoicing at the new head of Ferrari…

One reader agrees with Dickie that cyclists and drivers share common interests, the R8 finds another fan and the relevence of the Subaru STI is questioned.

We tempt you with Renault’s 1990s answer to the Porsche 911, the Ferrari 599 sits under the buying-guide microscope and Henry suggests a Romanian road to explore.

It’s not subtle, but we don’t care: the original Sierra Cosworth’s whale-tail rear wing is this month’s detail of choice. 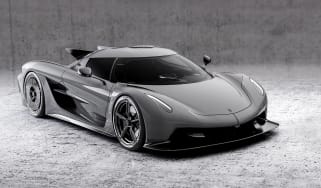 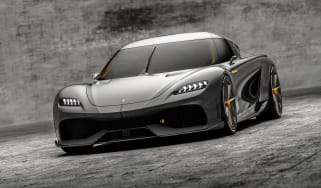