Austrian bike maker’s bold venture into four-wheelers falters due to poor sales, particularly in the UK 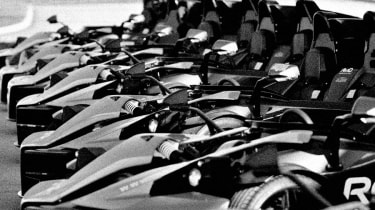 KTM has had a torrid time of it recently. Its first car, the X-Bow, was meant to build on the company’s reputation for making fantastic motorbikes for both competition and road use, but the recession has decimated its plans to sell up to 1000 examples of its sports car a year.

Sales have been so bad that production at the dedicated X-Bow factory in Graz, Austria, was called to a halt this August. Fewer than 500 X-Bows have been built since production started in August 2008, and of those at least 80 remain unsold. Here in the UK, sales have totalled just 28, plus one marketing car, after over a year of targeted promotion. For comparison, over 60 Ariel Atoms and more than 200 Caterhams have been sold in the UK so far this year.

KTM had hoped the UK would be one of the X-Bow’s biggest markets, but the sinking value of the pound against the euro and rising costs soon put paid to that as the UK price for the car almost doubled from the initial estimate. The original press release put out by KTM at the Geneva motor show in April 2007 stated a projected price for the ‘pilot series’ X-Bows (the first 100 cars) of 40,000 euros, and in September that year the UK price was quoted as £37,000. But by the time the first cars arrived in August 2008 that figure had risen dramatically to £49,482. The killer blow came when desirable extras were added – one test car we drove came with a scarcely believable £81,132 price tag.

The worry now is how much damage has been done to KTM itself. The company’s share price has dropped from a high of 59.50 euros in 2007 to just 18 euros as we went to press, and hidden away in the company’s last financial report (released in August) was this statement: ‘A sale of the entire Sportscar Division will also have to be considered’. The report also revealed a loss of 66.8m euros in the last nine months of trading, compared to a 1.4m euro profit in the same period last year.

KTM says it hopes to restart production in January 2010, but at a much reduced level (around 250-350 cars per year). Hopefully it can find a way of reducing the car’s price, too.

CATERHAM Sales were slow in the first six months of 2009 but have been strong since. By year-end the firm expects to have sold 450 cars.