Powered by an Audi-derived 600bhp five-cylinder, the KTM X-Bow GTX will compete in the GT2 racing series 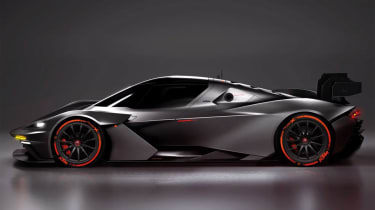 Though often associated with machines of the two-wheeled variety, Austria-based KTM has released images of a model which will compete in the upcoming GT2 racing series. Full details are still to come, but a track debut is scheduled for autumn 2020.

Coming in various forms over its 12-year existence, the KTM X-Bow in road-going form offers buyers an open-top experience similar to that of a Caterham or Ariel Atom. Until now, the range was topped by the track-only GT4, but thanks to its success, the brand is planning on taking things up a notch.

Developed with long-time partner Reiter Engineering, the GTX will be powered by Audi’s 2.5-litre turbocharged five-pot in a 600bhp state of tune. Combine this with its claimed 1000kg weight figure (ahead of Balance of Performance measures), and power-to-weight is set to be rather healthy indeed. KTM board member Hubert Trunkenpolz said: ‘In motorsport, it is necessary to focus development on a superior power-to-weight ratio to be even faster with economical, more efficient, small-volume engines.’

Revived in 2018, the SRO’s GT2 class aims to allow amateur drivers to get behind the wheel of more powerful track machines, reducing aero and increasing power over GT3 to make it more accessible for drivers with less experience – power for GT2 racers is limited to 700bhp as opposed to 560 in GT3. 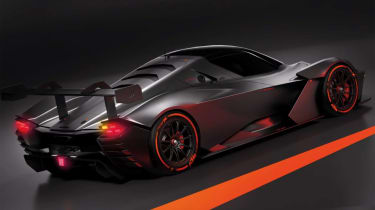 Hans Reiter, KTM’s general manager, spoke about the projected timeline for the new model: ‘The first 20 cars will be available this year. Subject to the final homologation by the SRO, it then could be entered in all GT2 racing series.’ He went on to say that with a reduced 500bhp output, the model could be entered into the Creventic 24H Series, GT Open, DMV-GTC or the Nürburgring Langstrecken series.

Pricing is yet to be announced, but with the Audi R8 LMS GT2 and Porsche 911 GT2 RS Clubsport coming in at over £300,000, we wouldn’t be surprised to see a similar figure.