With Mercedes hard at work on the all-new C-class, this is what we know so far about its big seller 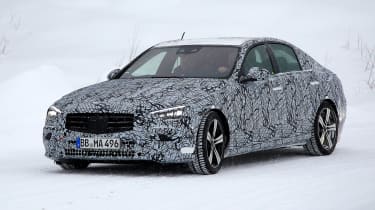 Mercedes is in for a big couple of years with all three of its core saloons to be significantly refreshed or replaced with all-new models. First in 2020 we’ll see Merc’s updated E-class saloon at the Geneva motor show, with the all-new S-class flagship following later in the year. But it’s the new C-class that will follow in early 2021 that will make the greatest change to the British roadscape, as it’s typically Mercedes’ best-selling model

Following the success of the current W205-generation C-class, Mercedes is not expected to deviate with the new model, sharing a similar rear-wheel-drive architecture sitting underneath the fairly compact three-box saloon shape. We do expect it to grow physically in this new generation though, especially considering the new CLA saloon is now actually a few mm longer than its supposedly larger and more expensive sibling. 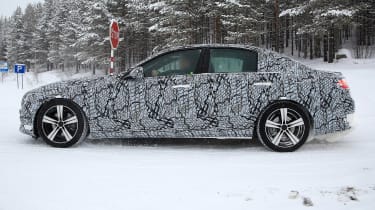 This rear-wheel-drive platform will inform the new C-class’s continued use of a longitudinally mounted engine and gearbox, although it remains unknown how far the new powertrain range will spread in comparison to the current model’s sweep of four-cylinder to V8 engines. We do expect many of the new C-class’s variants to be electrified though, building on the current C350e plug-in with a wider variety of mild- and plug-in options.

The exterior design will also be an evolutionary affair, and should take cues from the new S-class. Expect slimmer elements such as the grille and lighting units, as well as the smoother and more restrained design language found on the new CLA and CLS. To keep the similarly sized CLA at arms length though, the new C-class will avoid any coupe-like sweeping rooflines, leaving that to the traditional coupe that will follow the saloon. 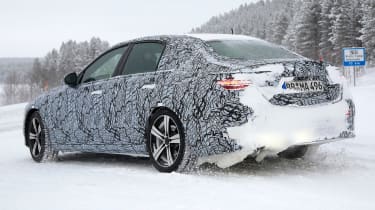 The interior is set for a more extensive change, with a much larger emphasis on digital interfaces, likely taking a few hints from this year’s new S-class in its screen layout and input methods. Rather than the side-by-side layout we see in current E-class models (and its various derivatives), we expect the new C-class to introduce a larger portrait-format screen that dominates a majority of the centre console, with a separate driver’s display sitting behind the steering wheel.

What about future AMG versions? AMG’s push into high-performance plug-in hybrid models in 2020 could well render a V8-powered C63 replacement at risk, but at this stage it all remains speculation. Mercedes’ new-generation straight-six petrol, as seen in the CLS53, could make a good replacement in performance terms, but it will likely struggle to match the drama which helps define the current C63 against it’s six-cylinder rivals.

The new C-class is expected to be revealed in early 2021, followed by new versions of the estate, coupe and cabriolet. AMG models will follow soon after, and won’t just answer our questions as to the powertrains they will run, but also kick off another generation of rivalry with the all-new BMW M3 saloon. No pressure.