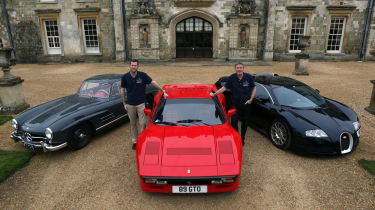 Several priceless Bugattis, a LaFerrari, McLaren P1 and Porsche 918 Spyder will join around 500 other exotic cars and bikes at the Wilton Classic and Supercar show this weekend (6-7 June). Returning to Wilton House for the seventh time, the annual event will mix static and rolling displays and host three awards.

Heading the line-up are a selection of Bugattis, ranging from Ettore Bugatti’s 5-litre 1913 Type 18 – the oldest Bugatti racing car – to one of just five Veyron Pur Sangs to celebrate the Veyron's 10th birthday. Making their first appearance together since the famous first corner crash at the 1990 Japanese Grand Prix will be Ayrton Senna's McLaren MP4/5 and Alain Prost's Ferrari 641. 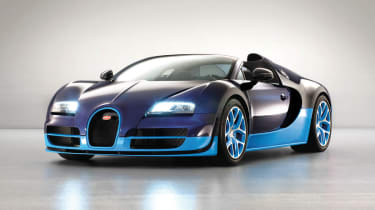 Other key attendees will be the Koenigsegg One:1 – which recently broke the Suzuka lap record – a Ferrari F40, a Lamborghini Aventador, an Alfa Romeo Giulietta Zagato Prototype, which will make its first public appearance for more than 50 years after being rediscovered in a North American barn, and the 135,000bhp Bloodhound SSC.

Occasional evo contributor and event ambassador Tiff Needell will host parade interviews on both days, as supercars and priceless classics join in with rolling demonstrations. The Bolddog FMX freestyle motocross team will provide entertainment in arena display areas, with live music, a live restoration project and interactive displays also on the show’s agenda. 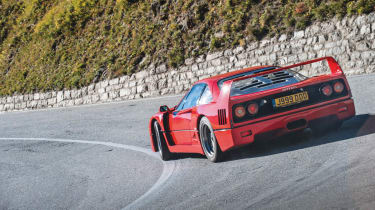 The event’s organiser and Bugatti Veyron owner Lord Pembroke is understandably excited about the 2015 show. ‘The line-up this year is truly outstanding. Every year we attract more and more of the world’s most exciting and exotic cars and we have had to expand to become a two day event to accommodate so many wonderful cars.’

For more information on the event, visit wiltonclassicsupercar.co.uk. Tickets cost £20 for adults and £7.50 for children aged between five and 15. Children aged under five are free and do not need a ticket.

evo Magazine is crossing its fingers the sun will stay out, as our web team will be at the show to take you behind the scenes with exclusive photography and interviews. Be sure to keep an eye on our Facebook and Twitter pages for live updates.