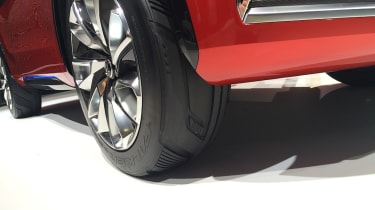 Falken has produced a ‘hybrid tyre concept’ for performance SUVs. The new tyre features a multi-functional tread design and lightweight construction to cater for the varying demands of a powerful plug-in hybrid SUV.

The inner third of the tyre features a curved surface (influenced by motorcycle tyres) that minimises rolling resistance. If the driver pushes hard, more of this surface comes into contact with the road, offering more grip.

‘Consumers want to have the best electric range with a hybrid SUV but aren’t prepared to sacrifice an involving driving experience,’ explains Smith. ‘A new type of tyre was needed and this concept could help achieve this.’ 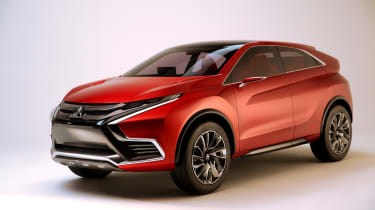 Even the process by which the tyre is constructed has been optimised, helping to trim up to 10 per cent off the total weight in comparison to other Falken tyres.

Falken’s concept tyre debuted at the 2015 Geneva motor show on Mitsubishi’s Concept XR-PHEV II. There’s no word as to whether the tyre will make production, but the tyremaker says some of the technology will likely feature in its forthcoming products.