Tokyo motor show – the cars you might have missed in pics

View our mega-gallery of Tokyo's 'other' cars here 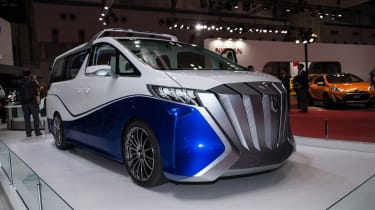 The Tokyo motor show’s mix of quirky Japanese culture and high-tech surroundings make it one of the most distinctive car events in the world. And this year’s show hasn’t disappointed, as car manufacturers have revealed some of the year's most eccentric and forward thinking concepts.

We've examined many of the show's most popular unveilings on our round-up page. But in the gallery here, we look over the model's that you might have missed; six standouts are covered in more detail below.

This pretty creation is the work of Ken Okuyama, who also happens to be the designer of the Ferrari Enzo and Maserati Quattroporte. But while those cars were typically Italian in their design, this, the Kode9, looks like a classic British sports car.

If you think the car’s flared arches and snout nose look familiar, it’s because much of their shape appears to be borrowed from the Ginetta G40 of the 1960s. The car’s taught proportions even come thanks to Lotus Elise underpinnings.

The whole package is rather lovely – and it should be rapid too, thanks to the use of a 2-litre four-cylinder engine that produces around 365bhp. 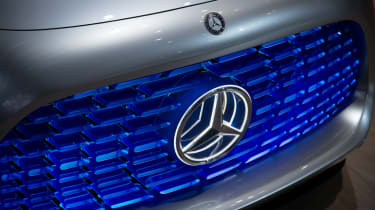 Mercedes’ bulbous looking Vision Tokyo concept is said to preview a future of driverless, hydrogen transport – not exactly Thrill of Driving material. But, Tokyo is a world leader for mass transportation technology, so Mercedes’ decision to bring this concept here is understandable.

The concept itself might not excite readers of evo, but its use of hydrogen fuel-cells could hint at Mercedes’ future intentions. 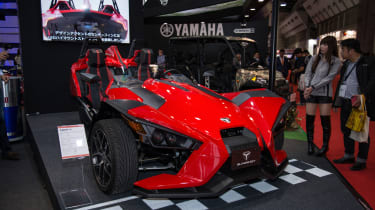 You could say that this little sports car is sort of a modern version of Morgan’s 3 Wheeler. Like the Morgan it has three wheels and two seats, and it also sends drive to that lone-rear in a similar fashion – the Morgan uses a chain, this uses a carbonfibre-reinforced belt. The engine is also front-mounted (it’s a 2.4-litre four-cylinder on the Polaris), and the exhaust exits poke out just behind it – like the Morgan.

But, admittedly, that’s pretty much where the similarities end. Those sharply angled body panels, for example, are most definitely not the work of Morgan. It’s not exactly a show-stopping model, but anything that places driving involvement ahead of all else certainly gets our attention. 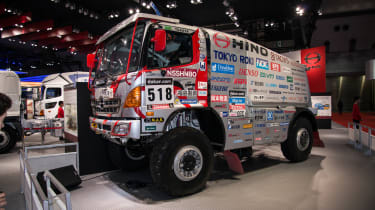 Subaru has brought what could preview a future Ford Focus rival to the Tokyo motor show. It’s a five-door hatchback – normally that wouldn’t get us very excited – but thankfully, this car is also quite the looker.

With sharp angles and lines splashed across the body, the whole car looks far sportier than its potential rivals. And word is we’ll see a production version late next year - so this is a glimpse of what's to come. 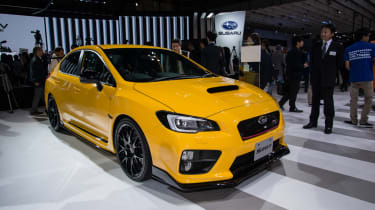 Of course, as interesting as that 5-door Impreza is, we’re obviously more drawn to this, the 325bhp WRX STI S207. With 25bhp more than the only WRX STI on offer to us Brits, this new model also gets Bilstein adjustable dampers and a faster steering rack.

It could quite possibly be the sharper, more energetic car that we wished our long termer WRX STI was. But sadly we’ll never know - it won’t be coming to Britain. 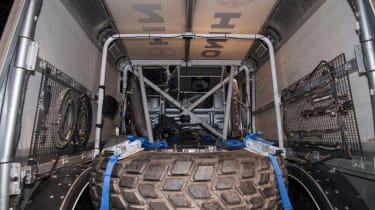 It’s true that pretty much any vehicle that takes part in the Dakar Rally is instantly cool, and this 500 Series truck is probably one of the coolest ever. It’s also incredibly successful, as the model has achieved 12 category wins from 21 starts.

With double-dampers, massive, chunky off-road wheels and a steering wheel that wouldn’t look out of place in a classic Japanese sports car, it’s also proving to be a bit of a show favourite, especially for evo's resident rally fanatic Henry Catchpole (see gallery pics...).