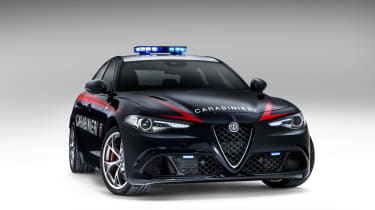 The Italians have just overshadowed police forces around the world with the addition of this; a 503bhp factory fresh Alfa Romeo Giulia QV.

Delivered to the Italian military police as a rapid response vehicle, the Giulia QV retains the same engine and chassis as the standard road car and has even been optioned with a manual gearbox.

Unique to the Carabinieri's pursuit vehicle is the addition of an LED light bar mounted on the roof, as well as interior tweaks including weapon storage compartments and even a defibrillator. The Giulia also has a Samsung tablet mounted on the passenger side of the dash and a radio on the central transmission tunnel. 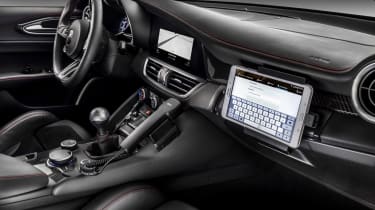 The Giulia QV itself isn't set to be chasing down criminals on the Autostrada anytime soon. Instead, the Carabinieri intend on using it to escort VIPs.

FCA Fiat Chrysler group has recently signed an agreement with the Italian Police to deliver over 800 cars over the course of 2016. Just how many are Giulia QVs remains a tight lipped secret. Panda 4x4s are also on the list. 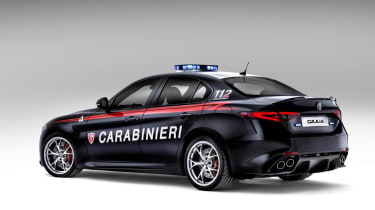 By police car standards, the inclusion of a Alfa Romeo Giulia QV on your fleet isn't actually that extreme. The Dubai police is well known for its quite frankly absurd collection of supercars, which include the likes of Aventadors, SLS AMGs and even a Bugatti Veyron and Aston Martin One-77.

The UK is a little more tame, boasting the occasional IS-F, WRX STI and at one point a Caparo T1 RRV, although the chances of that car being a PR stunt and little else we would say are pretty high. The Metropolitan Police in London also once stickered up a Renault F1 car and even fitted it with flashing lights on its rear wing, which we imagine did wonders for its aero. 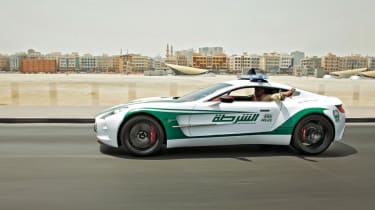