VW has announced it will no longer compete in top-level rallying, but will still have a presence in motorsport

The current World Rally Champion VW is pulling out of the series after a successful four years. With 42 rally wins under its belt, and having won the last four drivers’ and manufacturers’ titles, VW is leaving the championship on a high.

VW has promised, however, that it won’t be turning its back on motorsport. Instead it will be focusing on customer racing activity. This also means the 200 strong team at Volkswagen Motorsport based in Hannover have been told their jobs are safe. 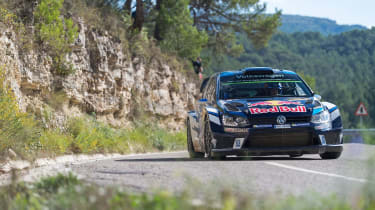 The new Golf GTI TCR, that started competing in touring car championships this year, will become one of Volkswagen Motorsport’s most prominent projects. The car is eligible for sixteen championships around the world and has already proved competitive with podium finishes and a junior title win in the TCR Benelux series. The car might be based on the five-door Golf GTI, but with wide arches and prominent aero kit, it looks every bit a race car.

> Click here to read about the VW Golf GTI TCR

None of this means that VW won’t continue to be involved in the dirtier side of motorsport, though. It will stay in rallying and will develop a new Polo to comply with the R5 regulations. Like the Golf GTI TCR, the R5 Polo will be available to customers to buy and race themselves.

Volkswagen of America has also been competing successfully in the Global Rallycross series with its Beetle GRC. It has run two cars in the championship and the team won the constructors title this season. The team’s appropriately named top driver, Scott Speed, also won the drivers’ championship. This success, and the increasing popularity of rallycross, has prompted Volkswagen Motorsport to consider expanding its efforts in Global Rallycross.