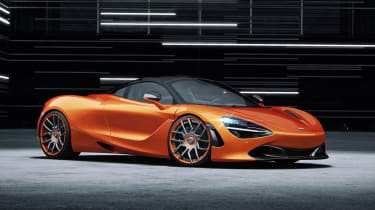 Clearly of the opinion that a standard McLaren 720S is lacking in performance terms, German tuner Wheelsandmore has developed an upgrade package for the British supercar. Costing £10,000, the company’s Stage 2 kit consists of revised suspension, a remap and a full exhaust system.

Wheelsandmore has liberated an extra 79hp and 81lb ft of torque from the twin-turbo 4-litre V8 engine, taking the respective totals to 789bhp and 649lb ft. The gains are courtesy of a bespoke exhaust system with active valve flaps and new catalytic converters, plus the remap.

No performance figures have been issued to quantify the effects of the extra power. However, we can hazard a guess that the 0-100mph time could come down a tenth or two – evo figured a standard 720S at 5.6 seconds to that benchmark.

To complement the powertrain upgrades, Wheelsandmore’s Stage 2 package also includes a height-adjustable lowering spring kit, although the company hasn’t detailed how, or if, it recalibrates the Proactive Chassis Control software to accommodate the new hardware.

As you might expect given the firm’s name, Wheelsandmore retails a selection of aftermarket wheel options for the 720S, too. The trio of designs – FIWE, FORK or 6Sporz² – are larger than the standard-fit items, both in diameter and width, but do retain Pirelli P Zero rubber.

A more basic Stage 1 upgrade package is also available, comprising solely a remap, so the power and torque increases aren’t as generous – although totals of 759bhp and 568lb ft are still plenty respectable. Devoid of the exhaust, the Stage 1 package is a lot easier on the wallet at £2900. 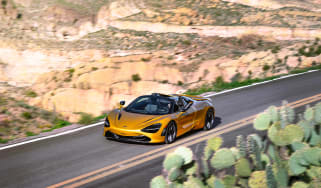