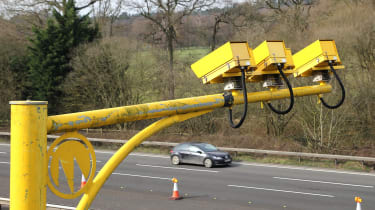 New information uncovered by Dr Adam Snow for the RAC Foundation has shown that some areas of the UK see drastically inflated numbers of road users caught speeding in comparison to others, up to 170 times higher in some instances.

We all know police forces have different tactics from region to region, but you might not have realised quite how much postcodes influence the likelihood of drivers being caught speeding. Figures from the Home Office have shown that in 2017-18, 1,191 road users were caught speeding in Wiltshire, while in Somerset, a staggering 199,337 (167 times more) were caught.

The data also revealed that in 2017-18, 2,292,536 speeding offences occurred across England and Wales, an increase of four percent year-on-year. 44 per cent of those offenders were sent to speed awareness courses, 34 per cent were issued a fine, 10 per cent went to court and 11 per cent of cases, over a quarter of a million, were cancelled. 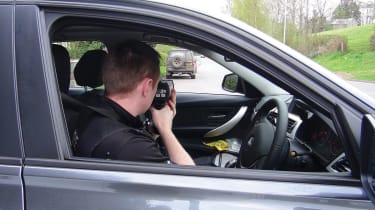 Avon and Somerset is the hotspot, with its police force catching just under 200,000 drivers in a single year, eight per cent up year-on-year for the region. West Yorkshire Police came a close second with 174,796 drivers caught speeding, up 42 per cent year-on-year, and the Metropolitan Police and City of London Police, third with 139,318, up a significant 58 per cent.

Though the number is still up 20 per cent on the previous year, just 1,191 drivers were caught speeding in Wiltshire, the lowest in the UK. Both Durham and Derbyshire also saw low numbers, with around 10,000 drivers caught speeding each.

Although some regions will have considerably more traffic and road types where speeding is likely to occur than others, Steve Gooding, director of the RAC Foundation, said that such drastic variation in the numbers from area to area could be a result of differences in “local policing priorities”.

If you think you’re clear to be a little more generous with the throttle based on low numbers in your region, think again. Gooding also added that an increase in offences overall is likely to result in a revision of priorities for police forces around the UK.