Just how lenient are Britain’s speed cameras, and can you rely on your car’s speedometer? 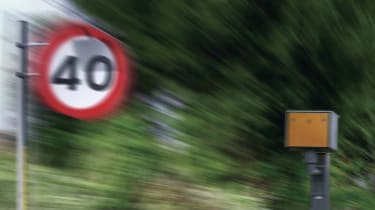 Earlier this year, you might have heard rumours that speed cameras in the United Kingdom have such low tolerances that just 1mph over the speed limit could have a ticket coming your way. Our sister magazine, Auto Express, did some digging to bring the truth to light.

Through Freedom of Information requests, the real thresholds for most of the UK’s 45 police forces have been revealed, giving us an idea of just how wary we should be when passing one of our 3224 speed cameras. Thankfully, the dreaded ‘1mph-over speed ticket’ rumour was proved to be false.

Although some police forces failed to respond, the vast majority that did stated that cameras would only flash if drivers exceeded the limit by ten per cent plus 2mph, following guidelines from the Association of Chief Police Officers – in a 30mph zone, you’d have to do 35mph to trigger a camera, or 79mph in a 70mph zone. All police forces told Auto Express that thresholds applied to both fixed and average speed cameras.

The most relaxed cameras can be found within the reach of Lancashire and Metropolitan police forces, with their cameras allowing ten per cent plus 3mph. The Metropolitan Police said the more lenient system was ‘a proportional response to the high volumes of traffic’ in the capital, with Lancashire Police stating it had been done ‘to ensure greater tolerance or discretion’. A number of forces were reluctant to disclose camera thresholds, stating that it would encourage drivers to speed.

Speed camera thresholds across the UK

How accurate is your car's speedo?

Auto Express also ran tests to determine the accuracy of car speedometers, finding that all cars tested fell within the 10 per cent plus 6.25mph over-read allowed by law. A VBox recorder showed that when set to various speeds via cruise control, the least accurate model read just 3mph below the actual speed.

Commenting on the investigation, AA president Edmund King said it was ‘sensible to have some flexibility’ with speed limit enforcement, ‘as the last thing we need is drivers concentrating solely on the speedo and not the road’.