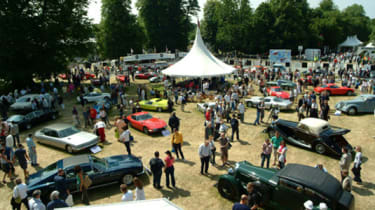 With just over a month to go until the 2008 Festival of Speed (11-13 July), the organisers at Goodwood have confirmed what promises to be a spectacular line-up. Over 80 of the greatest motoring racing names past and present will be present at the world’s largest celebration of motoring culture, with more big name drivers and riders expected to appear in the final run-up to the weekend.

An added theme of this year’s event is the focus on the 50th anniversary of the hugely popular BTCC race series.  Stars doing a run up the famous hill include Tom Chilton, Andy Rouse, Anthony Reid, John Cleland Win Percy, John Rhodes and Frank Gardner.