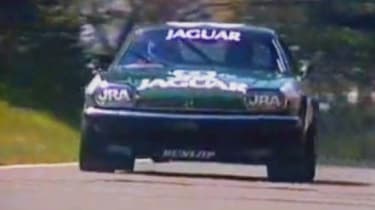 Team owner and former race driver Tom Walkinshaw has died at the age of 64. He succumbed after a long battle with cancer. Love him or loathe him, Tom Walkinshaw was often controversial and always divided opinion, but what ever your personal views his motorsport CV was just about as impressive as they come. In Formula One he was a key member of the team that brought success to Benetton and he also had a short stint at Ligier before heading up the Arrows team. Despite nearly winning a race at Hungary with Damon Hill at the wheel it was this team that ultimately brought down his TWR enterprise, an organisation that had seen huge success in both sportscars and touring car racing. TWR won the sportscar world championship three times and won at Le Mans in both 1988 and 1990. Andy Wallace was one of the drivers in their first triumph, and it was his first appearance there. While delighted to be in the car he told us he was as fearful of Walkinshaw as he was of driving down the Mulsanne at 240mph.    ‘There was no chance of gently easing myself into the race,’ he told us. ‘If I was slow I’d be sacked. Mr Walkinshaw (for that’s what I called him) had already made that patently clear. I was so terrified of making a mistake I decided that if I crashed without killing myself I’d hop over the barrier, flag down a taxi, bung the driver a fistful of francs, head directly for Calais and be away before TW had a chance to lynch me.’ TWR brought Volvo into touring car racing, first with the estate before winning the title with the saloon. After the financial problems of 2002 Walkinshaw continued to run a team in the Australian V8 series, where Walkinshaw had excelled as a driver. Watch this Jaguar XJS qualifying lap of Bathurst in 1985 and admire the commitment.