We look at what the first round of 2011 tells us about the season ahead. Plus Videos 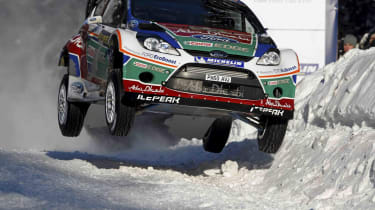 So, the first round of the new WRC era is over – what have we learned?

Subscribe today to have every issue of evo delivered straight to you. You'll SAVE 39% on the shop price, and get evo for its original cover price for a whole year!
Subscribe now
All in all, it was a hugely enjoyable rally, and it bodes well for the rest of the 2011 season. Let's just have it on more widely available television. Below are the feeds from ESPN of the Power stage. The first video is a quick review of the rally up to that point, the second two videos are the coverage of the Power Stage.
Advertisement
Follow us on TwitterFollow us on FacebookEmail us
Advertisement
Advertisement
Advertisement