CPP, the company that produces the Bowler off-roader, has announced plans to put a new Jensen Interceptor into production in 2014 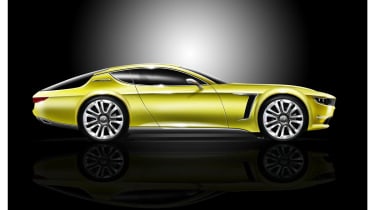 The Jensen name is set to be reborn with the announcement of the development of an all-new Interceptor, that we’re promised will go on sale in 2014.

The new car will be based around an all-aluminium chassis and will feature alloy panels, ‘echoing the four-seat grand tourer layout of the much-loved original’, according to the official press release.

Now it gets slightly more confusing. British firm CPP has been given the job of developing and building the new car by Healey Sports Cars Switzerland Ltd, owners of the Jenson-Healey brand, and it will be based on the previous design proposal for a new Interceptor by Coventry-based design firm HSCS.

CPP also owns Bowler, maker of various mega off-roaders, and it will be producing the new Healey in its new factory, which is being built on the site of Jaguar’s former Browns Lane plant in Coventry. We’ll see the car next year, but buyers will have to wait until 2014 to actually take delivery.

No more details are being released yet, but the computer renderings show that the new Interceptor has clearly been inspired by the looks of the iconic original, and will have a similar wrap-around rear screen. HSCS asserts that it ‘owns all assets, intellectual property, designs and brand rights for the Jensen and Interceptor brands.’

Despite that, Jensen International Automotive, the company which offers re-manufactured versions of original Interceptors, told evo that the announcement of a new version won’t have any effect on its activities.