The first production Zagato is ready, and it will be going on show Kuwait Concours d’Elegance on 15-18 February 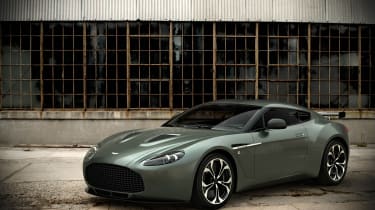 Aston Martin revealed the prototype V12 Zagato at the 2011 Villa d'Este concours last May, and announced that it would be building just 150 Zagatos. The car that will be on show, this time in Kuwait, is the first full production model to come out of the factory. First cars are due to be delivered in late 2012.

Dr Ulrich Bez, CEO of Aston Martin said 'We are excited to show the new V12 Zagato for the first time in production form at the Kuwait Concours d’Elegance. Over 50 years since the introduction of the iconic DB4GT Zagato, Aston Martin and Zagato have collaborated to create this modern interpretation which remains true to the original focus of craftsmanship, performance and exclusivity.'

Click here for a full gallery of the prototype, and pricing details