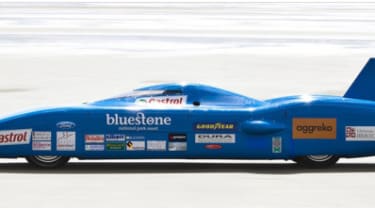 Held in conjunction with the annual Sandown Park International Toy Fair, this unique one day ‘Record Breakers’ show will bring together a selection of record breaking hopefuls, including the Bloodhound SSC show car, which is aiming to break the current 763mph land speed record in 2013.

Also on display will be the Bluebird Electric record car, which is being used to celebrate the 100th anniversary of the original Bluebird, with hopes that Don Wales, grandson of World Land Speed Record holder Sir Malcolm Campbell and nephew of Donald Campbell, being able to attend.

'This is a one off that is not to be missed,' said organiser Geoff Holden,' It is the first time that we have been able to get everyone together like this and it may not happen again.'