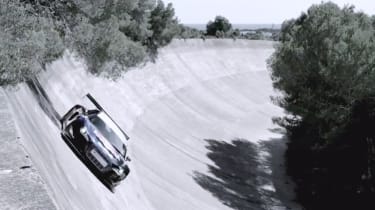 Sainz was joined by Miguel Molina and the pair took the race-prepared Audi R8 around the banked circuit, aiming to beat the official 45.8second lap record set by Louis Zborowski Miller in 1923.