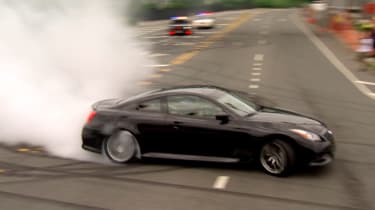 The new street circuit is set to feature in the 2013 Formula 1 season, as the hugely anticipated Grand Prix of America. This is not to be confused with the United States Grand Prix, to be held in Texas later this year - which will be the first time F1 has returned to the United States since the sport left Indianapolis in 2009.

Vettel took to the street circuit in an Infiniti G37 Coupe, along with former Red Bull driver David Couthard.