The Nurburgring is in financial trouble, and as debts mount, the future of the circuit looks uncertain. 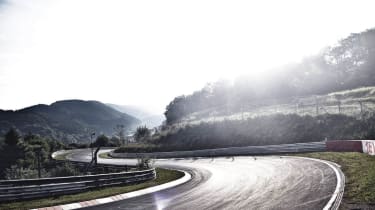 So what’s actually the problem?

The circuit, or more importantly the company that runs it, has filed for insolvency and faces the prospect of bankruptcy unless it can find €13million.

Big debts started to mount when construction of the new multi-million euro leisure facility began in 2004. The plan was to attract a much larger, less motorsport-oriented audience, bringing more money to the region.

Why did it go wrong?

The crowds never came, and the hotel, casino and theme park just weren’t making any money. They were however taking business away from other local businesses that depend on visitors to the track.

The company in charge of running the circuit and the huge new complex, Nurburgring Gmbh, is owned by the German state of Rhineland-Palatinate, but this wasn’t always the plan. It was all part of a scheme to privatise the Nurburgring, but like the crowds, the investment never came - and the state has been supporting the circuit ever since. Total debts now amount to over €497million, which includes a €330million loan from the state-owned Investitions und Strukturbank.

Rhineland-Palatinate’s justification was that motorsport events, and the circuit attracted many thousands of people as well as the automotive companies to the region, but the EU is no longer happy with the government pumping money into the state-owned company.

What does it mean for the circuit?

Local state Governor, Kurt Beck, had proposed a €13million state aid package, which needed to be approved before the 31 July deadline, but it was declined by the European Commission.

If the company does go bankrupt, the German taxpayer will have to absorb this entire debt, something the Government is keen to avoid.

Nurburgring officials insist that the current racing season will be unaffected, but beyond 2012, racing at the ‘Ring is uncertain unless somebody takes the circuit and at least some of the debts on.

Beck wants to remove the current management, and split up the various components, keeping the race tracks state owned, but this all depends on whether the €13million is found before the end of the month.

Nurburgring currently hosts the German Grand Prix once every two years, alternating with Hockenheim, and Bernie Ecclestone has offered to waive the usual race fee in 2013 if it helps to keep the race there (A potential saving of around €20.6million). There are strings however. Ecclestone’s deal means he would ‘claim all revenues’, and the F1 tycoon wants the deal to be signed quickly.

What about tourist days?

With everything so up in the air, it’s hard to predict what will happen to the popular ‘tourist days’, but the tickets have already become more expensive at €26 for a single lap and €1445 for a year pass to the circuit – an 8% increase year-on-year. Availability of the tourist days has also decreased, with the big manufacturers and tyre companies taking up more track time than ever.

Free-and-easy access to the 'Ring has been under threat for a while; with a number of fatalities every year and increasing pressure from safety groups demanding more controls to prevent deaths. Depending on what happens to the business side of the Nurburgring, it's possible that the 'tourist days' could be dropped entirely, as the financial shortfall could easily be made up from various manufacturers already striving for more dedicated time at the track.