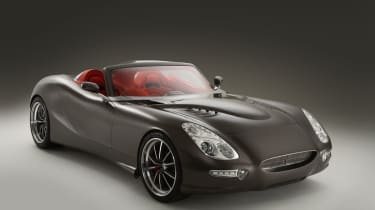 The Norfolk-based sportswear manufacturer Trident has announced that it will be unveiling a 6.6-litre, 430bhp turbo-diesel-powered sportscar called the Iceni at the Salon Privé event on 5-7 September.

This engine produced a colossal 950lb ft of torque - 29lb ft more than a standard Bugatti Veyron - and is said to push the Iceni from 0-60mph in 3.7secs, and onto a 190mph top speed. There will also be an option to upgrade to 660bhp.

According to Trident, the Iceni is also capable of 68.9mpg and will keep going for over 2000 miles on one full tank of diesel. Thanks to the super-long gearing, the engine runs at just 980rpm at 70mph.

Built to order at Trident's Norfolk factory, the Iceni will be priced from £75,000.