All future Peugeot Sport models to be electrified

What does this mean for the future of Peugeot hot hatchbacks? 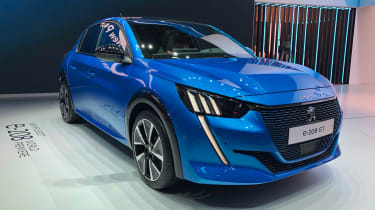 As pressure mounts on manufacturers to reduce their fleet-wide emissions, the first real effects are being felt, and unfortunately for us it looks to be hitting hot hatchbacks particularly hard. Peugeot, a company that has only just returned to the front-line of affordable performance cars, is reacting by turning to electrification to keep these models alive, with its plans laid out in a recent interview with our sister publication Auto Express.

Talking with Peugeot Sport boss Bruno Famin, he confirmed that there will be no solely internal combustion-engined Peugeot Sport models in the future, alluding to the application of hybridisation across its future entire performance lineup. It’s common knowledge that Peugeot Sport is currently working on a performance variant of the all-electric e-208, but it’s the petrol-powered version that currently represent the biggest challenge for the team, as extensive hybridization of the 208’s new CMP platform will be a challenge.

What does this mean for the next Peugeot 208 GTi? With the inherent compromises still associated with hybridised powertrains, namely the increase in weight due to the electrified components, it means a direct replacement of the previous featherweight and fabulous 208 GTi by Peugeot Sport seems unlikely at this stage. Instead, Famin suggests, ‘we are talking about “new performance” rather than “pure performance” like the 208 GTi or 205 GTi,’ hinting at a GT-like performance variant more about lift-off coasting than lift-off oversteer. 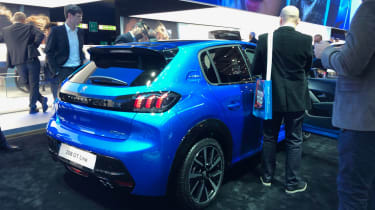 For now, the first electrified Peugeot Sport model won’t actually be a hot hatch, rather a production version of the 508 Peugeot Sport Engineered concept revealed at the Geneva motor show. The 508’s larger dimensions and price point obviously keeps the business case strong, but whether the incoming model will be entertaining to drive still remains to be seen.

So, possibly not the answer hot hatchback fans want to hear then, and as legislative challenges in France continue to put the squeeze on all hot hatchback-producing manufacturers, Peugeot isn’t the only one with challenges of this type, unless a major breakthrough in electrification technology is found.