Codemasters' latest is a must for racing fans 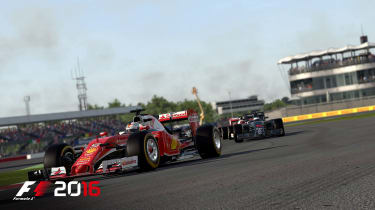 Codemasters' F1 series has been gradually creeping towards greatness over several years now. Peaking with 2013’s classic Formula 1 add-on, it has offered the most complete F1 experience of any game in years.

F1 2016 is by far the most polished experience yet. It’s tough to an extreme at times, but so rewarding when you do get it right. Don’t expect winning a championship to be an easy ride, but Codemasters has done just enough to drag you through the difficulty curve to not make it impossibly frustrating.

Career mode sees the biggest changes. On top of letting you climb up through the ladder to a championship winning team, you now have driver rivalries, car development and team management to contest with. 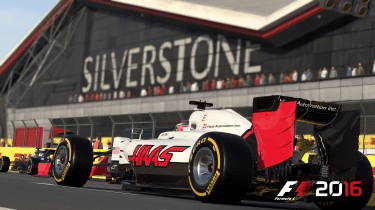 Largely these things are almost mini games that run within the career mode itself. They act as extra reasons for you to put in the hours that are required to actually finish a season. Admittedly, you can option things from the start to avoid longer qualifying sessions and full race lengths, but you’re still in for a lot of play time if you want to start hitting the podium.

The rivalries mode basically increases your standing and reputation within a team by setting you targets against other drivers. Fail too much and they will get rid of you, but succeed and you’ll move up the teams quickly.

Then there’s the R&D element to the game which is incorporated into free practice before races. Tyre management, racing lines and other elements all translate into extra points to spend to increase your car’s performance.

It all contributes to an added sense of ‘life’ that the game’s career mode has. You’re not just navigating menus this time, instead you’re actually playing through a microcosm of an F1 driver’s career. 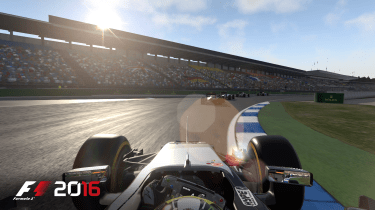 It’s a shame things don’t go further back, letting you start out from karting and work your way up, but you can’t have everything.

As for the racing itself. The AI is largely very good, if a little unpredictable at times. Towards the tougher difficulty levels, they can be slightly overly aggressive, although it’s good to see some drivers matching the behaviour of their real-life counterparts.

F1 2016 is best played with the difficulty cranked up, as once you’ve got the knack of the handling, it’s much better, with the AI presenting you a more realistic challenge.

Then there’s the car physics and the handling. To say they’re unforgiving would be an understatement. Torque is your enemy, it makes you spin and slide out of control on corner exit constantly. We found ourselves shifting up two extra gears just to negotiate the track initially. 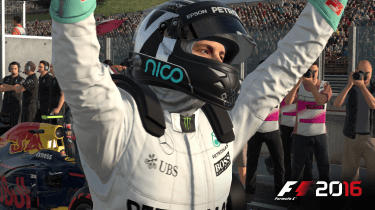 As time goes on, you realise how nuanced and complete the system is, so you can start to gradually squeeze on the throttle and try and get the tyres up to grip limit. But it takes a lot of practice and some may not be willing to put the hours in.

This is a shame, as once you’re there, a complete pole position qualifying lap in F1 2016 is hugely rewarding. It takes real practice and skill to get even close, but get there and it’s worth it.

If you have even a passing interest in Formula 1, F1 2016 is a game that is well and truly worth investing in. Don’t be put off by the fact it might seem like a licensing cash-in on the face of it, as it isn’t. Instead, you’ve got one of the best on-track racing games we’ve played in a while F1-only or otherwise.