Robust car but suffers from a small luggage space 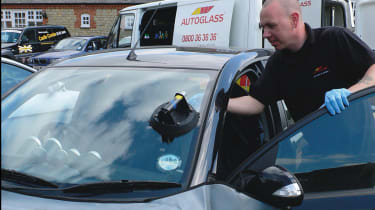 The Smart had its stone-chipped windscreen sorted by a very nice man from Autoglass this month. The damage wasn’t bad enough to require a new ’screen, though. Instead he just repaired the blemish and the ’screen now looks flawless again. Clever stuff. Apart from petrol, it’s the first money I’ve had to spend on the car in the 10,000 miles it has clocked up so far. It’s wearing those miles well, too – there are no creaks or groans to be heard, which is surprising really, because the car doesn’t feel the most well put together and the interior is pretty cheap to look at and to touch. I do get frustrated by the small boot space, though. Even if I move the back seats forward, the luggage capacity doesn’t improve significantly, and I can easily completely fill that space with my shopping. If you were four-up with luggage to carry, it would be a real squeeze.