What’s the best winter tyre on the market? We test the latest winter rubber to find a winner 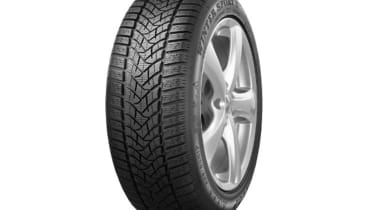 With winter in full swing and the roads at their most dangerous, we’ve reviewed the winter tyres currently on the market to help you choose the best performing tyre to keep you safe on wet, icy or snowy roads.

There are common misconceptions about winter tyres: you don’t need them if you have four-wheel drive; they’re only worth fitting if you’re driving on snow or ice. Both are wrong. The extra grip and traction offered by winter tyres over summer tyres is far greater than many expect. The benefits are clear to see on snow and ice, but are also tangible on wet roads and in temperatures below 7deg C.

To find out which winter option you should fit, we headed to Finland, conducting snow tests at the state-of-the-art White Hell proving ground, and testing cabin noise and aquaplaning at Nokian’s Nokia facility, and Germany for additional testing at motor industry proving ground ATP Papenburg.

The test size we chose for each tyre was 225/45 R17, with all-season and summer tyres thrown into the mix to see how they compared in the different conditions.

The Performance + saw a near-two per cent advantage in snow over the next best tyre, taking braking, traction and circle honours, and just missing out on the top spot on the handling circuit. Around the sweeps and elevation changes of the circuit, it provided strong front grip and a rear that followed rather than slid through turns.

The UltraGrip Performance + also excelled in wet handling and braking, triggering the stability control less frequently than many rivals, despite the impressive front grip. Dry conditions exposed some weaknesses, as when pushed hard on the circuit it needed plenty of lock, and performance dropped off quickly.

In second place overall was the TS 860. Performing well in both wet and dry conditions, clear feedback and confidence-inspiring traction on the wet handling track helped to determine when it would progressively break away. Dry handling was a similar affair.

As for braking, shallow wet tests proved a breeze, the TS 860 outperforming every other tyre on test. Standing water, however, was more of a struggle, with it failing to come out on top. Snow wasn’t much of an issue, but due to its front-led feel, the tyre promoted oversteer, reducing lateral grip.

The Alpin 6 takes a different approach to the rest, aiming to be effective down to the legal tread-depth minimum thanks to grooves that emerge and widen over time. We found that it was most effective in the wet, inspiring confidence around the handling track, with good traction out of corners. It was also one of the most accomplished in dry conditions.

Where it fell down was in the snow, with it lacking tracking when applying lock. It was also measured as the noisiest tyre on test.

In our wet tests the Dunlop ranked mid-pack. While it struggled in standing water, it coped better in the shallow wet tests, specifically under braking. It fared well on a wet track with a stable rear promoting good traction, but the front washed wide sooner than we expected under lateral loads.

The Sport 5 was quickest on the snow circuit and performed well in all snow-based tests. Its tendency to understeer was more pronounced in the dry handling test, with the front tyres overwhelmed far earlier than the rears.

Launched in 2018, the Wintrac Pro is targeted at the performance end of the market, showing bias towards wet and dry abilities. Dry handling was sharper than most, with this same character surfacing in the wet too, ideal for getting on the throttle early.

Hit snow, and it was less good, with the front end prompting the rear to move more than we’d like.

The Eurowinter excelled in deep water tests, although shallower water on the handling track proved a challenge, with compromised grip both during corners and in a straight line. Though it had good balance, snow performance wasn’t awfully good, with the Falken lacking the bite of competitors.

It might have posted some respectable lap times, but soft feel left Falken’s efforts behind competitors on the dry handling track.

The Nokian Snowproof was one of the newest models in the line-up, but performance was unimpressive. Dry performance was good, with it coming out on top in the braking test, but due to the high-efficiency compound, wet grip was poor. Although previous efforts from Nokian had excelled in the snow, this tyre came fourth in our test.

The Pirelli felt sharp and responsive in the wet, with immediate steering and a stable, consistent feel. In wet shallow braking it performed acceptably too. In heavy standing water though, the Pirelli came unstuck, with a worrying performance in the curved aquaplane test.

Oddly, the Pirelli came first in dry braking but seventh in dry handling. Its performance in snow was more clear-cut, where it was some way behind the leaders in all areas.

Like the TS 860, the RS2 was responsive and receptive to steering inputs in the wet, also showing good traction when accelerating. The RS2 ranked above the TS 860 in deep water tests, but not by much, and struggled with aquaplaning. In the dry tables, the RS2 came joint second, with a responsive turn-in and impressive resistance to understeer.

The RS2 excelled on snow, being well balanced and offering plenty of traction for a secure, controlled feel. Out of tighter corners though, throttle inputs had to be carefully measured to prevent the back end from stepping out unexpectedly.

The Snowprox S954 didn’t offer handfuls of grip in the snow or in wet conditions, with the front being the limiting factor. Dry performance was considerably better, with good steering response and impressive overall grip. Though still a better performer than a summer option, there are certainly superior alternatives available.

Braking tests in both dry and wet conditions favoured the PremiumContact 6, with it stopping seven metres before the winning winter tyre in the dry, and three in the wet. Head to stereotypical winter conditions, however, and the summer tyre soon fell apart, offering two to three times less grip than winter equivalents.

Marketed as a tyre capable of tackling any conditions, it’s easy to understand why people believe the AllSeasonContact is the ideal tyre for the UK. It’s not a strong performer in the snow, nor is it the best in the wet, but it does sit only two places behind the best winter in the latter. It’s a similar story when it comes to dry performance, with just two winter tyres coming ahead of it in our tests. 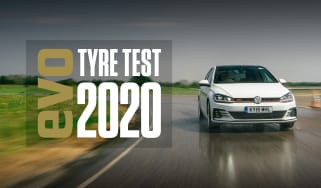 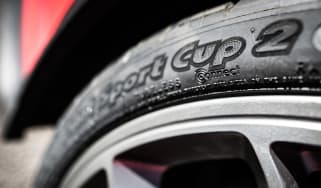